A suburb of Mecca, Islam's holiest city, descended into violence on Thursday when Saudi security forces surrounded suspected Daesh [Arabic acronym for "ISIS" / "ISIL"] recruits and met suicidal resistance in the latest of a string of similar raids around the country. 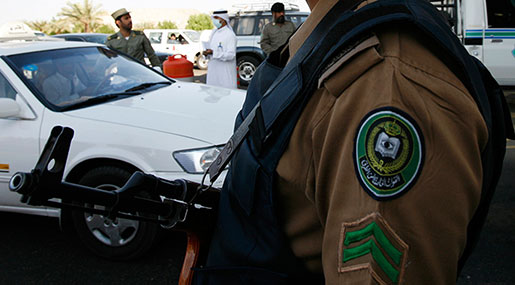 "The terrorists fired upon security forces requiring them to respond in kind to neutralize the threat, leading to the killing of two and the death of two others who blew themselves up with explosive belts," said a statement from the Saudi interior ministry.

No police officers were injured during the special operation, it added.

Local station al-Arabiya reported that authorities suspected the men of planning an attack on a security compound near their house and deployed a large force to neutralize them, including armed helicopters.

In a different raid in the city of Jeddah, police arrested two other suspected members of Daesh.

"Explosives are being removed and the area combed. And the suicide belts, explosives and weapons at their location are being dealt with," said Saudi Arabia's interior ministry.

The tightly-controlled Middle Eastern monarchy has been destabilized by a series of recent suicide bombings involving the terrorist group, prompting it to initiate a high-profile crackdown.

Last week, two Daesh suspects were killed after fleeing in a car and being pursued by a gunship. A third member of the group, Iqab Mujab al-Otaibi, who is thought to be behind the bombings of a Shia mosque and a security building over the past two years, was arrested later.

The interior ministry official indicated that all of the incidents in the past week were connected, constituting part of the same security operation.

A Saudi inter-governmental report said that its citizens were the second most represented nationality among the Daesh force.