Despite the fact that Russian President Vladimir Putin was not mentioned in the so-called Panama Papers leak, most Western media chose to use him as the face for covering the offshore scandal. According to former US and British intelligence officers, there is no coincidence. 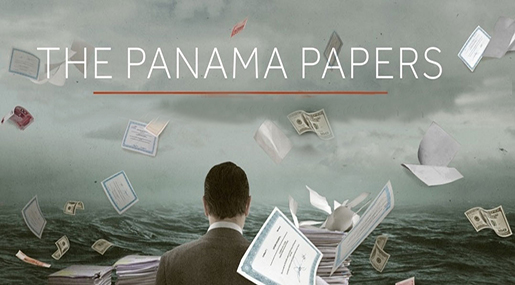 Ray McGovern, a former CIA officer, told RT that the situation can easily be explained by taking a look at the people and organizations behind the media outlets.

According to him, corporate press is controlled by corporations that profit on creating tensions across the globe.

"All these people in the Western press, like the Guardian, are blackening Putin [for being] a designated villain here," he said.

McGovern added that the Panama Papers, the biggest offshore leak in history, demonstrates a "complete lack of standards on the part of Western media."

He said that it was a big mistake made by the leaker to hand the papers over to the corporate media, instead of giving them to independent journalists.

"It seems the Western press has lost all sense of fairness. This would be humorous if it weren't so serious. It seems even if Vladimir Putin was seen walking on water, the report in the Western media would come out as 'Putin doesn't know how to swim,'" McGovern noted.

Annie Machon, a former MI5 agent, shared the opinion, saying that there is always a 'certain agenda' behind what is presented in those publications.

Machon added that the journalist who broke the story concerning the Panama Papers leaks lost control of the story as they tried to maximize its impact.

Furthermore, both analysts questioned the speed with which the information from the dumped papers is being released. They called on the news outlets to make all information public, instead of making a mystery out of it.

According to WikiLeaks, the scandal over the leaked papers from the Panamanian legal firm Mossack Fonseca was orchestrated by the US Organized Crime and Corruption Reporting Project [OCCRP]. It added that the leak was funded by the US Agency for International Development [USAID], alongside George Soros' Open Society Foundation.

"#PanamaPapers Putin attacks was produced by OCCRP which targets Russia and former USSR and was funded by USAID and Soros," WikiLeaks wrote.

On April 3, Germany's Sueddeutsche Zeitung daily published materials it claimed came from the Panamanian legal firm Mossack Fonseca. The 11.5 million leaked files were claimed to expose the alleged involvement of former and current world leaders, among others, in establishing offshore companies through the law firm.

The latest figure provided in the leaked papers places the wealth of one of Vladimir Putin's close friends, famed cellist Sergei Roldugin, at $2 billion. However, no direct links to the Russian president were offered.

As for President Putin, his incomes are a matter of public record. According to documents published by the Kremlin in April 2015, Putin's annual income in 2014 amounted to 7,654,042 rubles [approximately $150,000]. The Russian president also owns a 77-square-meter apartment, plot of land, a garage and four cars.