Hundreds of peace activists took to the streets of New York City to condemn US military involvement in the Middle East and Europe and criticize anti-Muslim statements by US presidential candidates. 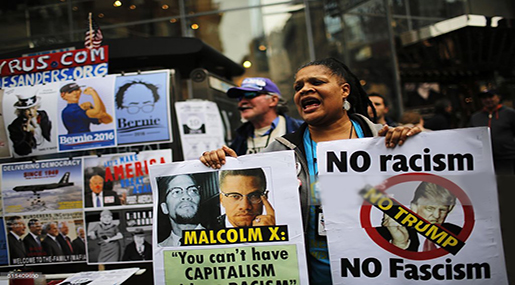 The protesters gathered on Sunday near the United Nations Headquarters chanting anti-war slogans. They also called for an end to the war in Syria and NATO expansion in Europe.

The demonstrators also condemned the rise of Islamophobia and denounced Republican presidential candidate Donald Trump for his racist and anti-Islam speeches.

Besides, activists with the International Action Center and other groups held anti-Trump signs, while demonstrating against hate and racism. 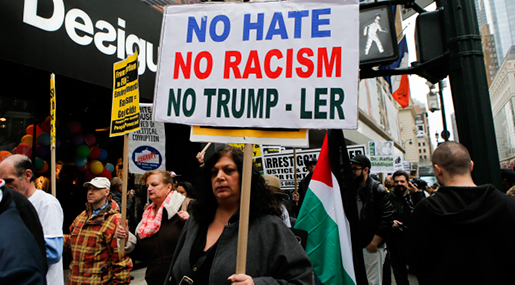 Over the past several days, Trump's rallies devolved into violence between supporters and protesters, and recently became heavily secured events teeming with dozens and in some cases hundreds of police.

On Friday, thousands of demonstrators clashed with Trump's supporters in Chicago, Illinois, resulting in Trump cancelling the event.

Meanwhile, Trump has been widely criticized for his inflammatory rhetoric and controversial statements against Muslims, women and illegal immigrants, particularly from Mexico.