According to Deutsche Welle, German investigators gained access to secret Daesh [the Arabic acronym for the Takfiri "ISIS" group] documents, including questionnaires filled in by fighters after their arrival in Syria or Iraq. 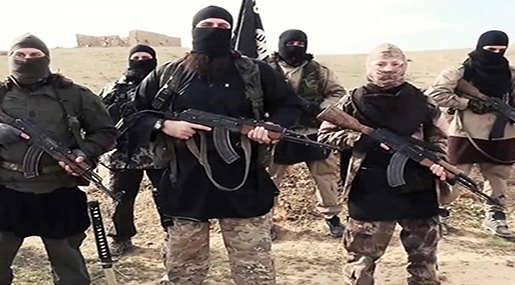 The documents that fell into hands of the Federal Criminal Police Office contained personal and professional information on extremists who left Germany and went to the Middle East to wage extremism.

Moreover, the documents revealed the names and surnames of the militants, their aliases within the organization, their address in Germany, information about their families and relatives, "religious" education and their "experience of fighting."

The newcomers also indicated which function they want to fulfill within Daesh: that of a militant or a suicide bomber, German media reported.

According to the German Minister of Internal Affairs, Thomas de Maiziere, the documents will contribute to a more efficient and faster investigation into Daesh terrorists as well as better understanding of the group's structure.

Relatively, official data revealed that over 800 Germans travelled to the Middle East to join Daesh and wage fighting. About 130 of them were killed during fighting, while more than 250 returned back to Germany and now pose a serious threat to the country's security.