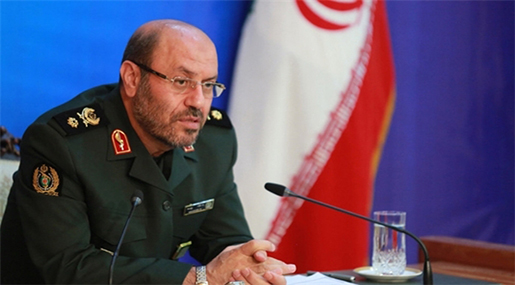 "In spite of the sanctions against [Iran's] defense sector, the armed forces have foiled enemies' intentions and objectives by attaining self-sufficiency and producing new achievements, and will do the same in the future," Dehqan said.

He added that the Iranian Defense Ministry is working on the design and development of "advanced and sophisticated defensive equipment" as an "important mission."

For his part, Iran's Foreign Minister Mohammad Javad Zarif said the Islamic Republic will continue to develop its missile program and that Tehran needs "no permission" to enhance the country's defense capabilities.

"We have announced that we will not ask permission from anyone to [strengthen] our defense and missile capability," Zarif said in an interview with Iranian Students' News Agency, ISNA, on Sunday. 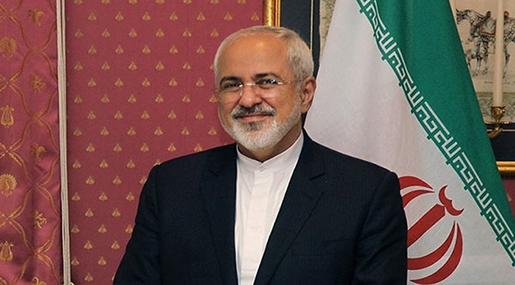 The top Iranian diplomat went on to say that the country's missile program does not breach the July nuclear agreement struck between Tehran and six world powers and that the deal does not ban Iran from boosting its defense capabilities.

Zarif said that Iran's missile program will continue apace and will be provided with all necessary materials and equipment.

He further dismissed as "unacceptable" claims by US officials that the Islamic Republic's missile tests are in breach of the UN Security Council Resolution 2231, saying none of the Iranian missiles have been designed to carry "nuclear warheads."

Furthermore, Iranian officials said none of the country's missiles, including ballistic ones, had been "designed to carry nuclear warheads," and thus their production and test are not in contravention of Resolution 2231.

Touching upon Iran's relations with the United States, Zarif told ISNA that the US should abandon its "mentality of sanctions."

"We are still waiting to see whether the US is serious in its commitments" concerning the lifting of sanctions, he noted.

Zarif further criticized Washington's "wrong" policies in the Middle East region. "US policies even harm their own interests in the region since they have caused unrest and created Daesh [terrorist group]," he noted.

In recent years, Iran has made great achievements in its defense sector and reached self-sufficiency in producing essential military equipment and systems.

The Islamic Republic has repeatedly assured other nations, especially regional neighbors, that its military might poses no threat to other countries, stating that its defense doctrine is merely based on deterrence.