Human Rights Watch issued a damning report on "Israel's" illegal settlement activity in the occupied territories, urging businesses to comply with the international humanitarian law and stop any activity that violates Palestinians' rights. 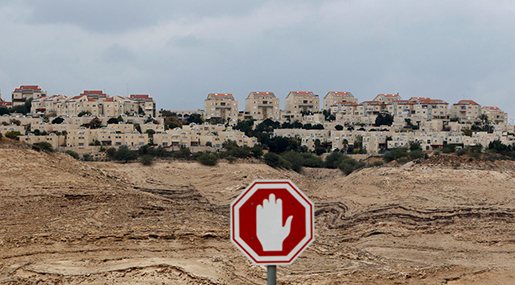 The report detailed how settlement businesses contribute to "Israeli" discrimination against Palestinians, while profiting from resources and land that has been taken from the Palestinians.

"In many cases, businesses are 'settlers' themselves," the report said, urging states worldwide to "ensure that any import of settlement goods into their territory is consistent with their duty under international humanitarian law not to recognize "Israeli" sovereignty over the occupied Palestinian territories."

In addition, businesses benefit from financial and regulatory incentives provided by the "Israeli" regime and discriminatory granting of permits to settlement companies, but not for Palestinian businesses.

The report compared "Israeli" treatment of settlements to Palestinian ones, and detailed a "two-tiered system in the West Bank that provides preferential treatment to Jewish "Israeli" settlers while imposing harsh conditions on Palestinians."

The report indicated that ""Israel's" confiscation of land, water, and other natural resources for the benefit of settlements" and "Israeli" settlers also "violates the Hague Regulations of 1907, which prohibit an occupying power from expropriating the resources of occupied territory for its own benefit".

The report outlined the ways in which the "Israeli" entity impedes Palestinian economic potential, through refusing licenses and blocking access to land. Palestinians working in the settlements are paid less than the "Israeli" minimum wage.

Relatively, HRW previously refrained from calling for an end to settlement business relations. But because the context of human rights abuses is "so pervasive and severe", HRW urged ""Israel's" allies - above all the United States - should strongly encourage" the "Israeli" regime "to abide by its obligations and should themselves ensure that they are not contributing to or complicit in the violations of international law caused by the settlements, such as the discriminatory human rights violations that are the focus of this report."