Oil prices had dropped to below $30 a barrel for the first time in 12 years with observers highlighting Iran's expected crude output hike and turmoil in Chinese markets. 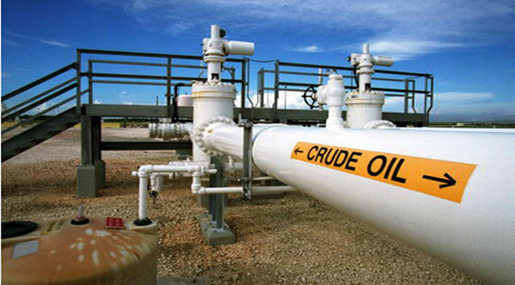 On Friday, light, sweet crude for February delivery was down $1.78 to $29.42 a barrel on the New York Mercantile Exchange, the lowest since November 2003.

The global benchmark Brent dropped $1.94 to settle at $28.94 a barrel on ICE Futures Europe, the lowest settlement since February 2004.

China, the second largest oil consumer in the world, is showing dour economic signs while Iran's oil is expected to hit the market soon after international sanctions are lifted in coming days.

"This is a culmination of all those things... It's all causing a panic in the market where sentiment was already poor to begin with," Michael Tran, commodity strategist at RBC Capital Markets, said.

Because of overproduction chiefly by Saudi Arabia and non-OPEC producers, there is currently up to 2.5 mb/d of excess oil in the market which has caused crude prices to lose around 60% of their value since mid-2014.

Iran has asked the Organization of the Petroleum Exporting Countries to reduce production and respect the ceiling as it plans to reclaim its position as the group's second largest producer.

Sanctions imposed on Tehran in 2011 forced the country to cut its exports to 1 mb/d from around 2.3 mb/d.

Iran will export an additional 500,000 b/d of oil after sanctions are lifted under last July nuclear agreement and begin selling another 500,000 b/d six months later, he said earlier this month.

Some analysts speculate that prices could fall further when Iran ramps up exports, while others argue that current prices already reflect an increase in exports from Iran.

"Ultimately getting beyond the post-sanctions oil-market overhang will be a positive" for prices, analysts at investment bank Tudor, Pickering, Holt & Co. said.