The pension fund for the United Methodist Church blocked five "Israeli" banks from its investment portfolio in what it describes as a broad review meant to weed out companies that profit from abuse of human rights. 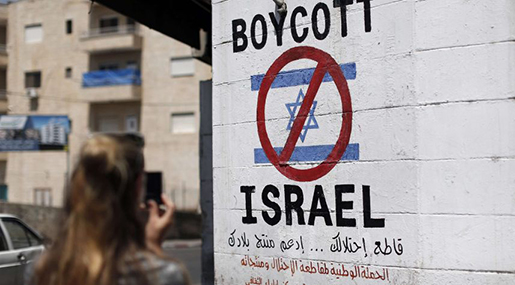 Senior officials in the "Israeli" regime's Foreign Ministry said they are still examining the decision, but added that the "Israeli" entity will make quiet efforts to convince the leaders of the church to change or soften the measure ahead of the Methodist General Conference in May.

The "Israeli" bank stock the board sold off was worth a few million dollars in a fund with $20 billion in assets. The fund also sold holdings worth about $5,000 in the "Israeli" real estate and construction company Shikun & Binui, and barred the company from the pension group's investment portfolio.

The pension board identified "Israel" and the Palestinian territories among more than a dozen "high risk" countries or regions with "a prolonged and systematic pattern of human rights abuses." Other countries on the list include Saudi Arabia, the Central African Republic and North Korea.

A spokesman for the "Israeli" regime's foreign ministry declined to comment.

The Methodist church has about 13 million members worldwide and is the largest mainline Protestant group in the United States.

The pension board had initiated the review in 2014 with a focus on protecting human rights and easing climate change. A total of 39 companies around the world were excluded from the fund's investments over human rights concerns and nine more were blocked over worries about their alleged contribution to global warming. The fund remains invested in 18 "Israeli" companies, according to board spokeswoman Colette Nies.

The banks had been among several companies targeted by United Methodist Kairos Response, a coalition of church members who advocate for divestment from companies with business in the "Israeli" occupied territories.

"This is the first step toward an effort that helps send a clear message that we as a church are listening and that we are concerned about human rights violations," Susanne Hoder, a leader of United Methodist Kairos Response, said Tuesday.

The pension board's decision came at a time when divestment is gaining momentum among liberal Protestants as a tool to pressure Israel over its policies toward Palestinians. Last year, the United Church of Christ voted to divest from companies with business in the "Israeli"-occupied territories. The Presbyterian Church [U.S.A.] took a similar vote in 2014.

The next Methodist General Conference is scheduled for this May.