"ISIS" had authorized the harvesting of human organs, raising concerns the extremist group could be trafficking body parts. 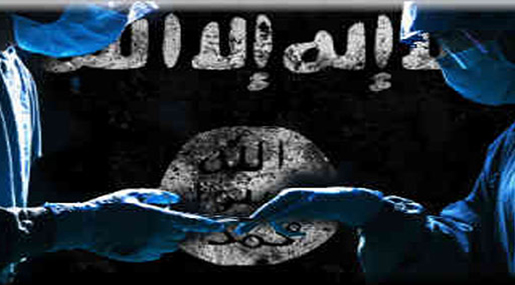 The previously undisclosed ruling by the group's scholars was discovered in a document retrieved by US Special Forces in a raid in eastern Syria in May.

"The apostate's life and organs don't have to be respected and may be taken with impunity," the document reads.

"Organs that end the captive's life if removed: The removal of that type is also not prohibited."

The document is in the form of a fatwa, or religious ruling from the so-called "ISIS's" Research and Fatwa Committee which provided religious sanction to do so.

Iraq had previously accused "ISIS" of harvesting and trafficking human organs for profit.

US officials said the records that were seized had given the US government a deep look into how "ISIS" organizes, raises funds and codifies laws for its followers.

Iraq's ambassador to the United Nations, Mohamed Ali Alhakim, told Reuters the documents should be examined by the UN Security Council as evidence that "ISIS" could be trafficking in organs to raise cash.

The May raid in Syria, which resulted in the death of "ISIS" top financial official Abu Sayyaf and the capture of his wife, netted seven terabytes of data in the form of computer hard drives, thumb drives, CDs, DVDs and papers, said Brett McGurk, US President Barack Obama's Special Presidential Envoy for the Global Coalition to Counter "ISIL", in an interview.

US officials had previously described the Abu Sayyaf raid and some of the documentation seized.

But until now, none of the actual documents had been released - aside from materials illustrating "ISIS's" trafficking in antiquities, made public at an event at New York's Metropolitan Museum of Art in September.