As Russia responds to the incident with the downed Su-24 bomber by imposing economic restrictions on Turkey in various sectors, the Turkish economy faces potential losses of over $52 billion, Turkish media wrote on Monday. 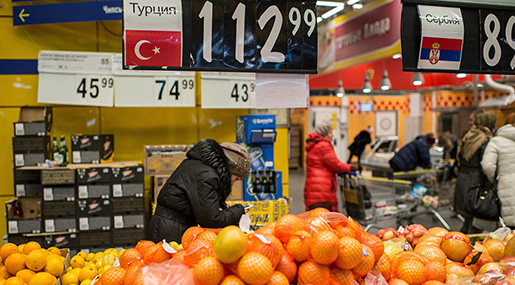 A preliminary analysis made by representatives of the opposition Republican People's party estimated Ankara's losses from its current tensions with Russia at between $8.5 and $12.2 billion, which could exceed $52 billion over the next four-year period, the daily newspaper Cumhuriyet reported.

This year Turkish exports to Russia had already dropped by 30-40 percent.

The number of Russian tourists in Turkey had also fallen drastically [by 600,000 people], as had the number of construction projects being carried out by Turkish companies in Russia.

Turkey will also suffer from the suspension of a number of energy cooperation projects with Russia as Russian gas accounts for a hefty 50 percent of the country's total gas consumption.

On December 7 the Turkish government said the country would lose $9 billion as a result of the economic sanctions imposed by Russia.

Relations between Moscow and Ankara soured after a Turkish fighter jet shot down a Russian Sukhoi Su-24 bomber on November 24.

Russia retaliated by slapping a series of hard-hitting economic sanctions on Ankara cutting off the flow of Russian tourists coming to Turkey, banning the import of Turkish fruits and vegetables and unilaterally suspending the visa-free regime with Ankara.