Current so-called "Israeli" security Advisor Yossi Cohen was named head of the Mossad after his career as a recruiter and handler. 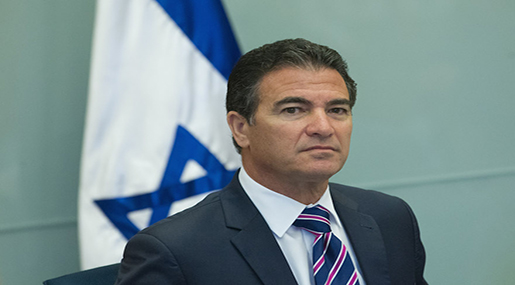 Enemy's Prime Minister Benjamin Netanyahu appointed Cohen, 54, as head of the Mossad on Monday, replacing Tamir Pardo who took up the position in January 2011.

Cohen rose gradually in the Mossad after joining in 1982 and learning to recruit and handle agents on behalf of the spy agency.

Moreover, he won the so-called "Israel Defense Prize" for an operation in which he participated.

Separately, another candidate for running the spy agency was Rami Ben Barak, the current Director General of the Ministry for Intelligence Affairs.

A third and final candidate for the appointment was Pardo's current deputy who served as an officer in the Zionist forces before joining the Mossad.