Russia said Thursday that it would reinforce control over Turkish food imports citing frequent violations of safety standards, as tensions surged with Ankara over the downing of a Russian warplane on the Syrian border. 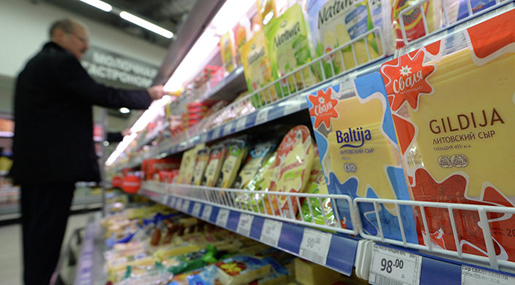 Russian Minister of Agriculture Alexander Tkachev explained that some 15% of Turkish agricultural produce does not meet Russian standards with levels of pesticides, nitrates and nitrites considerably above safe limits.

He further added that his country will "organize additional checks at the border and at food production sites in Turkey."

Moreover, in the past 10 months, Russian exports to Turkey amounted to $1.3 billion, down 21.2% compared to the same period last year.

Tkachev also stated that Turkish vegetables account for some 20% of vegetables imports to Russia, adding that Moscow could opt to buy produce from other countries.

In addition, Turkey accounts for a quarter of Russian citrus fruit imports, and Russia could switch to other producers including South Africa, China, Argentina and Georgia.

Russia is pulling out all the stops in response to Turkey's shooting down its military plane. While ruling out military retaliation against Ankara, officials have promised a barrage of economic and political measures.

In the context, President Vladimir Putin, branding the incident a "stab in the back", warned Russians against travelling to Turkey, a hugely popular tourist destination.