We recently sat down with Professor Marandi and asked him about Orientalism, and why it still matters so much today for Arabs, Muslims, and the Middle East. 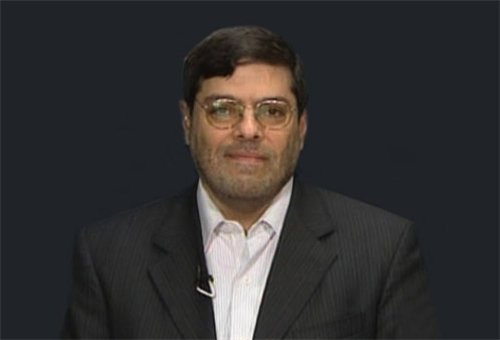 Traditionally of course, Orientalism was a field of enquiry. It was supposed to be objective knowledge about the non-Western world, not necessarily to the east of Europe, but much of the non-Western world, in places like Africa and North Africa, and also I think that the narratives that exist about West Asia and North Africa, they are similar to what so-called Western academics and specialists have used to describe people in the Americas - the natives - and what they call the ‘Far East - or east Asia more correctly, because the Far East, Near East, and Middle East, are all orientalist terms, because Europe is (considered) the center, that which is near is the Near East, and that which is far is the Far East. The descriptions used for East Asia are similar to the ones used for the Muslim, or the Arab, Ottoman, Turkish, and West Asia and North Africa area.

So what's interesting is that Edwards Said's works have been translated and are widely read at universities in South America, or in other parts of the world, in India, in Malaysia (for instance), despite the fact that the area he was concentrating his work on was surrounding Palestine and parts of the Arab world.

So one of my interests is how this field of enquiry has been critiqued, and how despite the fact that Orientalism no longer exists today, but the concept and the way in which academia and expertise in the West follows much of the narrative that existed in the past. In other words, (although) it is more politically correct today - not always - but it is still the way in which the Muslim and Arab world, Iranians, and non-Westerners, are depicted, are similar as in the past. That is, emotional, less reasonable, less civilised, unable to govern themselves properly, extreme, women are supposedly treated as sub-humans, and of course all these descriptions - among many others - legitimise in a way Western domination and hegemony, because Western governments and Western corporate media depict themselves as liberators, so when people are killed, or countries are destroyed, like Syria, Libya, or Yemen, it is always for a greater cause. So even if crimes are committed, they are not criminal, ‘it was wrong policies, but the intention was right', because they are of course the ‘superior civilization'.

So can we say that ‘Orientalism' is at the height of its power, especially with the rise of mass media, that the Western world is able to project their orientalist narrative of the world, more extensively, more subtly, and more effectively?

Yes without a doubt. I think that they're achievement over the last few decades, has been to not only expand their narrative and discourse (about) particular parts of the world upon their own people, not only to the people of that area under discussion and analysis, but to the whole global audience. So now if the Americans want to frame Iran, they are doing it for a global audience. So people in South Africa, in India, if they want to know something about Iran, they will probably learn it through the Western media, and this is extraordinarily influential, because it is an expansion of the Orientalism of old, because they have even been able to promote even their regional narratives to a global audience.

So how does that manifest itself...can you gives us some examples?

Well yes, whether it is T.V, like BBC and CNN, or it's movies like Hollywood, or novels. If you go to any international airport, you will find memoirs and books about Muslim women being subjugated in Iran and how it is a horrible country - it's usually about women, most of the memoirs you see published by Americans are about women in countries like Iran for example, but in the digital age they've been able to expand this narrative through multimedia, through powerful outlets. When we look at American and European news outlets, which all belong to corporate media for the most part, it is no longer television, television is becoming less and less important, but it is how those powerful media outlets function on social media, the clips that they have, and the amount of huts that their websites receive, websites like CNN are becoming increasingly important, or the BBC, or other multimedia news outlets.

So people across the globe are bombarded on a regular basis, and the narrative is basically the one of Western governments and Western civilization out to increase democracy, to expand global justice, to isolate dictatorships and enhance human rights in other countries, and what is interesting is that, for example, if the focus is on the Arab world, they may have problems, but if they are speaking about the Arab world to the non-Arab world, or about Iran to the non-Iranian community, it is an even more powerful discourse, because there are very few resources to counter their narrative. So for example, if the narrative is on Hezbollah, Arabs or even Iranians will have the resources to access a counter-narrative, but someone from India or China, that reads the neo-Orientalist narrative on Hezbollah or Iran, they will have almost no resources at their disposal to see the shortcomings of this narrative. So it is very powerful.

Okay, so maybe if we can elaborate, what does that mean for the Arab and Muslim world, especially when we have said that perhaps it is at its height now, that the Orientalist narrative from the Western world can project itself more powerfully, and effectively, and perhaps even more dangerously subtle than ever before? What does that mean for Arabs and Muslims?

Well it is a major challenge, but I will also put it this way, that the world is changing very rapidly, and that we are beginning to see the decline of the Western empire, I think it's happening more rapidly than was expected. And inside Western countries themselves, because of the declining economic situation, and the widening gap between rich and poor, and because of increasing social injustice, I think people are becoming less apt to accept the official narratives of the corporate media and Western governments. So they are having problems at home.

On the one hand, regimes aligned to the West traditionally, for example, in our part of the world, because we mention Arab countries, states like Saudi Arabia, Qatar, the Emirates, their enormous oil wealth has until now allowed these family dictatorships to promote themselves as benign.

They use tools such as Wahhabism and takfiri extremism against their enemies. But with the declining oil and gas prices, and because of the increasing population in these countries, and the sheer amount of money being spent on these families, princes, and so on, and because of the fact that they committed themselves to occupying countries like Bahrain, to supporting civil war in Syria, Iraq, and because they extend themselves into countries like Libya, and because they are launching a major war in Yemen, they are gradually feeling increasing pressure. Both financial pressure, as well as psychological pressure, because of (the failure) of these very wealthy regimes to impose themselves on other parts of the Arab world, and also, more people than ever before are becoming sceptical about their ideology, Takfiri Wahhabism.