In a time impressively commensurate with the anniversary of the victory of Islamic Revolution in Iran, the commander of al-Quds Brigade Maj. Gen. Qassem Suleimani confirmed in a statement that the Takfirist groups are coming to an inevitable end. 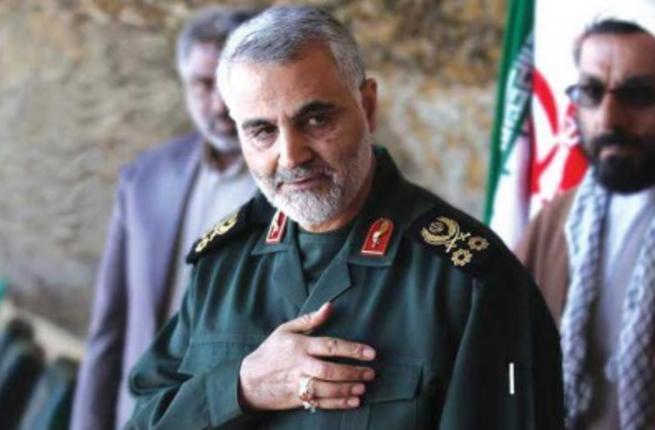 The celebration of the 36th anniversary of the Islamic Revolution in Iran, this year, was more memorable due to the millions that marched and roamed the streets of Tehran and Iranian cities, of which the Iranian President Hassan Rouhani said that it was greater than the marches in previous years.

In addition to this, the commander of al-Quds brigade Maj. Gen. Qassem Suleimani declared in a remarkable statement where he announced that the incitements groups "are approaching an end" and "Hizbullah is a prominent model to the symbol of resistance" which managed to strike the Zionist entity.

On the occasion of the 36th anniversary of the victory of the Iranian Islamic revolution, Suleimani declared in a speech in the city of Kerman (southeast), "Due to the awful defeats suffered by Daesh and other terrorist groups in Iraq and Syria, we are confident that these groups are approaching an inevitable end."

Furthermore, he stressed that "another spear of arrogance is moving and preparing as well organizing Takfirist powers to distort the image of Islam and ignite the fire of sedition and internal strife among Muslims."

The Iranian commander believed that "through the successive defeats of the arrogance and international Zionism by the resistance front, they admitted their disability and the puissance of the Islamic Republic of Iran more and more."
In this context, he referred to the recent successful operations of Hizbullah against "Israel", pointing out that "Hizbullah is a prominent model for the symbol of resistance that has managed, despite the readiness of the Occupation's army, to strike this entity".

Suleimani commented that "the indicators of the spread of the Islamic Revolution are remarkable today all over the region, whether from Bahrain, Iraq, Syria, Yemen and even North Africa".