"Israeli" Prime Minister Benjamin Netanyahu on Wednesday defended his government's support for a proposal to enshrine in law "Israel's" status as "Jewish" entity, after criticism from the Zionist entity's President Reuven Rivlin. 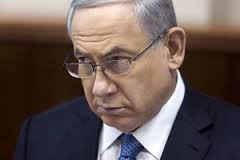 "The aim of this law is to guarantee the future of the Jewish people on its land," Netanyahu told parliament, hitting back at "those who want to question the national right of the "Jewish people" [to live on] this land."

On Tuesday, "Israeli" Rivlin, who also hails from Netanyahu's rightwing Likud party, said he did "not understand the interest of this law."

"Placing the "state's" "Jewish" character before its "democratic" character puts into question its principles in the declaration of independence, which stated "Israel's" "Judaism" and democracy were values of equal importance," Rivlin said.
Netanyahu insists the law would balance "Israel" and characteristics.

The Knesset, is to vote on the proposal on December 3.

The Palestinian leadership said Tuesday the law would "kill" Middle East "peace" prospects "by imposing the project of a 'greater "Israel"' as well as the "Jewishness of the state" upon the historical land of Palestine."

Separately, a Likud lawmaker submitted a proposed law to parliament that would automatically strip Palestinian resistance men involved in operations against "Israelis" of their "Israeli" card or residency.

The homes of the Palestinians or their families would also be demolished and welfare rights withdrawn.

It comes days after Netanyahu vowed to seek new powers to revoke residency and welfare rights from Arabs if they or their relatives participate in "unrest".