Unlike the usual, today, the children's voices were the ones heard louder and more powerfully than those of the elders. 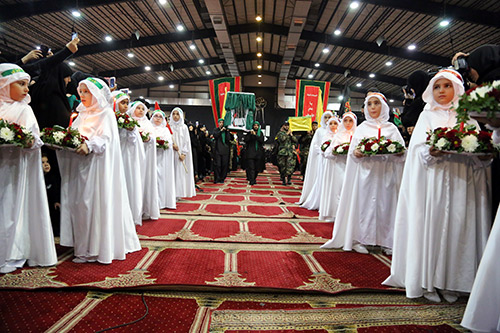 This day, children alongside their mothers as well as single women relived the period of one young infant who has today received so much recognition for his notable martyrdom in history. His name was Ali Al-Asghar. His fault was none other than being the son of a man who stood up for the rightful human values and principles- Imam Hussein (AS). 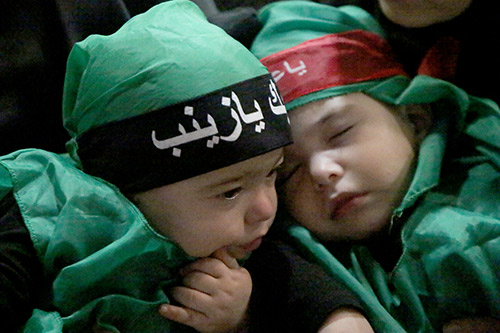 Together, children, mothers and single women recalled the martyrdom of young Ali Al-Asghar with uplifting chants, latmiyas and prayers which resounded throughout the large complex of Sayyed el-Shuhada in Lebanon. 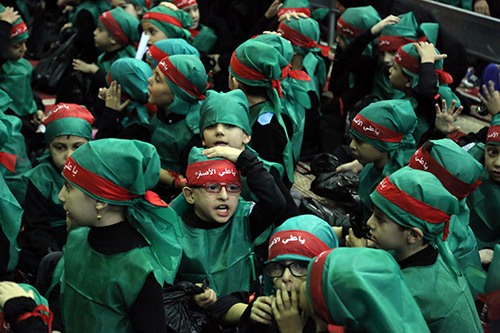 The commemoration that was held included an act whereby a representation of Ali Al-Asghar who was wrapped carefully as a martyr was carried on a neat carrier from all four sides. The children at the event were also all dressed in unison in a green cloth with a red headband that read, "Oh Ali Al-Asghar" and "By what fault was he massacred?" 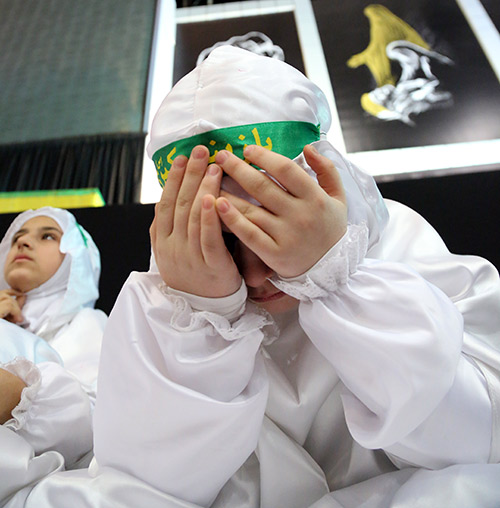 As the carrier passed by through the people, the children's soft voices were suddenly raised up high as they chanted in passion: "Labbayk ya Hussein", or "I answer your call to keep obeying" seconds later, in a show of submission to standing firm on righteousness and not yielding in to that which is wrong. 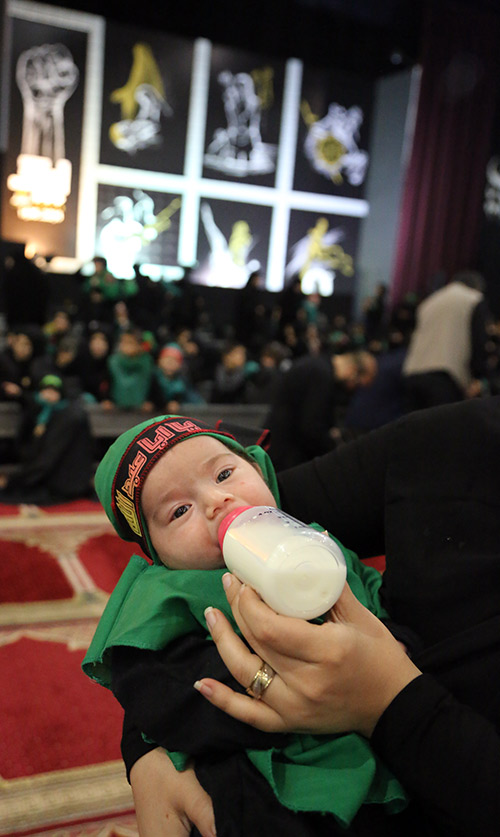 One of these children from the event was asked what he believed was the lesson to be learned from commemorating the martyrdom of Ali Al-Asghar and the entire tragedy of Ashoura.

He replied: "To be a believer and believe in Allah."

Also, another young boy was asked what he would like to tell the Imam (AS). His answer was simple and clear: "Labbayk ya Hussein". 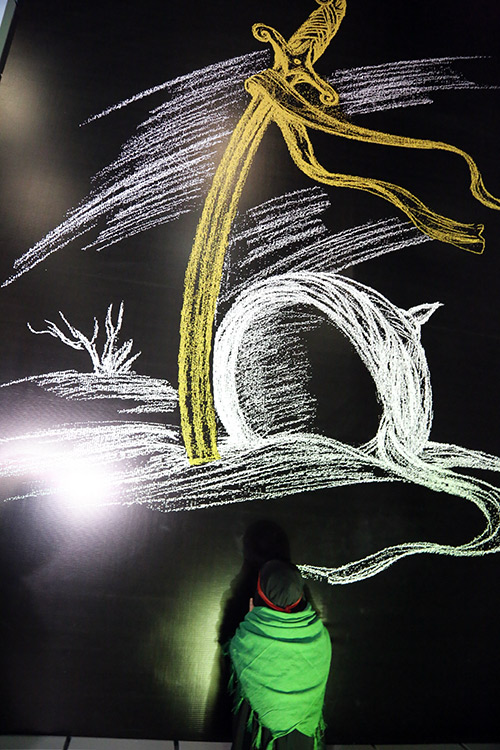 Yet, beyond all this, the women specifically attended this event not to remember their own sons or daughters; all these women came to remember and cry for the son of the Imam, as speaker Hajj Y.H. noted during the commemoration.

This event brought together many Lebanese mothers and people who themselves have experienced the true meaning of love and sacrifice over the years. They have sacrificed their own young ones all for the path of not submitting in to politicians and leaders who seek to be at the service of their own selves. 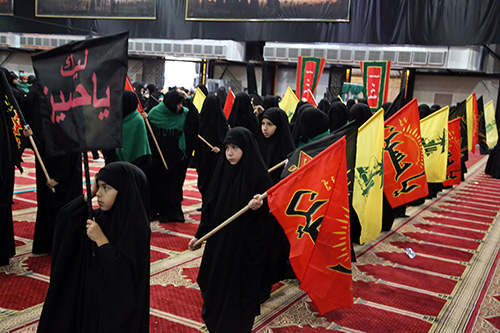 They have also learned from Imam Hussein (AS) how not to bow down to the inhumanity of the Zionist entity against Lebanese fathers, mothers, and sons and daughters who have had to martyr in order to live a life of dignity and justice as well as let other Lebanese people live in that way, too.

It is because of the message of Imam Hussein (AS) and Ali Al-Asghar that the Lebanese people have chosen to martyr standing on their feet and have refused to bow down on their knees just to stay alive.

Moreover, one mother confirmed the words that came from the speaking hearts of the children as she said: "Imam Hussein teaches us not to leave the path. Every generation has its Imam Hussein. This day teaches us to raise our children to have love for the Imam and sacrifice." 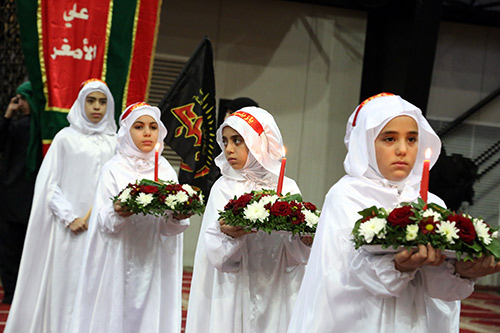 Another woman further said that all this mainly teaches us "patience-patience towards misfortunes and the greatness of Ahl al-Bayt (the family of the Prophet [peace be upon them])".

"Imagine having the youngest child be a martyr," one other lady replied.

"This teaches us sacrifice, loving each other. They are our role models," added another woman.

One of the organizers of the event said that, "The symbol of this event relating to the martyrdom of an infant between the hands of Imam Hussein can perhaps be the most picture with an impact on the human heart."

"Today, through these mothers and children- we tell Imam Hussein that our men and our women and our children, all of them are at his service and for his cause...The clear message is that everything we have will be for the service of this path," she said.

Marking the martyrdom of the youngest martyr in the tragedy of Ashoura, Ali Al-Asghar, despite it occurring in 61 A.H., shows that the passionate spirit of people and the vivid message of this event will continue to survive and teach lessons to more children like Ali Al-Asghar to come.