This time, under the disguise of a social sports event-surfing- "Israel" is continuously trying to create normalization between it and one of the same countries that has been resisting against its factually-based illegal existence and occupation. 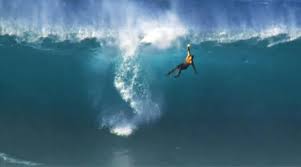 By joining in a so-called "peaceful" surfing summit launched by "Israel", Lebanese groups as "Batroun Water Sports" from Batroun and "Surf Lebanon" from Jiyeh have accepted to take part in "Israeli" propaganda against their very own country, Lebanon.

The country of Lebanon which has fought determinedly over the years to put an end to the "Israeli" aggression and assaults against its people and land, is now being let down by Lebanese groups who are submitting to Zionist ideologies and ambitions.

"Israel" is attempting to spread its propaganda through a different approach this time- by working with Lebanese groups on a social sports event that seems to be so "normal" and "okay".

The "Israeli" surfing event, which claims to be all for the aim of "peace", has included such a delusion in its very name by calling itself: "Surfing 4 "Peace" Summit".

It goes as far as to say that its project "reaffirms today, more than ever, its commitment to shared values of "peace", exchange and dialogue."

"Our commitment is to bridge political and cultural barriers while sharing our common ground: passion for riding," it adds.

Focusing on the term "peace" and all the words that allude to such a concept, "Israel" is trying to normalize the relationship between it and the other groups involved in the event.

The event further adds that its strategy is, "Building an exchange program featuring young Mediterraneans and sports club officers on behalf of Surfing 4 "Peace". We'll start it out in 2014 and then do it again twice a year from 2015!"

The event which ran recently from September 20th to September 28th included representatives from 7 countries: Occupied Palestine, Lebanon, Turkey, Morocco, Algeria, France, and Italy in collaboration with the Zionist entity.

With the two, named Lebanese groups joining in on "Israel's" normalization propaganda, the Zionist entity continues to try to show that working with or alongside a usurping entity whose core existence is based on ‘violence' rather than ‘peace', is a "normal" matter.