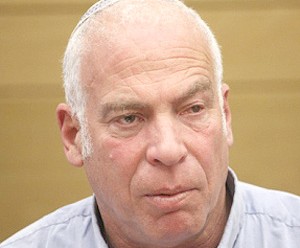 Ariel called for the continuation of the operation in seized Gaza and for the possibility of a renewal of the ground operation.

"In my opinion, they lived a month too long, or even a few years too long," Ariel said.

He further said, "...it's necessary to eliminate the rocket threat through a wide ground attack. This doesn't mean taking over Gaza, it means to initiate, attack and let the "IDF" ["Israeli" War Forces] win," he said.

Since "Israel's" military aggression on seized Gaza began on July 7, Hamas has been defending itself by firing rockets against the Zionist army for over a month now.

The "Israeli" aggression has martyred at least 2069 Palestinians- the vast majority of them civilians - and injured more than 10,000 in relentless attacks, according to the Palestinian Health Ministry.