Australia has issued arrest warrants for two men suspected of fighting alongside extremists in Iraq and Syria, police said Wednesday, including one who reportedly posed with severed heads. 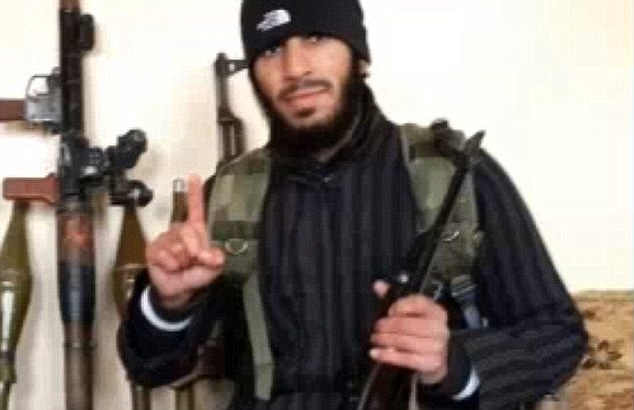 She further added: "Should Sharrouf or Elomar return to Australia, these warrants authorize law enforcement to arrest them immediately."

The federal police said they were unable to comment further, given the matter was yet to be tested in court.

But reports said that Elomar had posted photos of himself online posing with the severed heads of Syrian government soldiers thought to have died in recent fighting in the northern province of Raqa, where militants from the "IS" seized an army base.
"Those photographs, if they were authentic, were of course abominable," Attorney-General George Brandis told the Australian Broadcasting Corporation late Tuesday.

"If they were authentic what they demonstrated was this man's participation in, and in fact promotion of violent crimes, probably war crimes."
Australia has expressed deep concern that about 150 Australians, some of them dual nationals, were learning the "terrorist trade" fighting alongside Takfiris in Iraq and Syria.

The government has confirmed that two Australians, including an 18-year-old, have already been behind deadly suicide bombings in the Iraq and Syria conflicts, without providing further details.
"The one thing no Australian should ever think is that this is a problem that exists on the other side of the world," Brandis said Tuesday.

"Because while it may take shape on the other side of the world, the number of Australians who are participating in this war fighting in Syria and Iraq shows that this is a problem that exists and germinates within our suburbs, within the suburbs of Sydney and Melbourne and Brisbane."
Prime Minister Tony Abbott Wednesday issued a warning against citizens going abroad "to fight in other people's wars".

"I have a very strong message for any Australian who is thinking of going overseas to engage in guerrilla warfare, "jihadism", anything of this nature -- don't do it," he told reporters.
"It is a serious crime and if you come back to Australia, you will be arrested, you will be charged, you will be jailed."