More than 50 former "Israeli" soldiers have refused to serve in the Zionist entity's reserve force, citing regret over their part in the "Israeli" military. 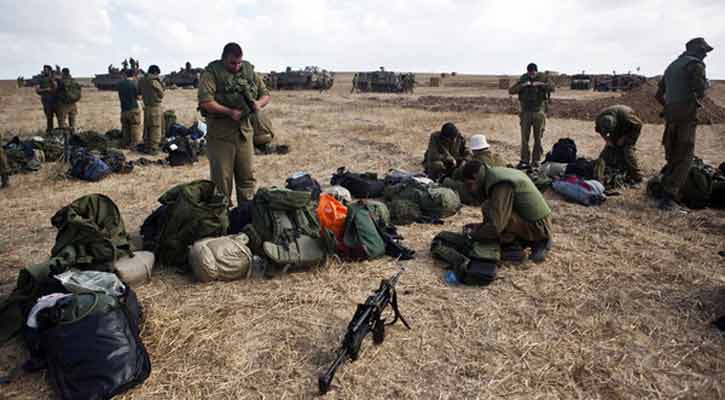 "We found that troops who operate in the occupied territories aren't the only ones enforcing the mechanisms of control over Palestinian lives. In truth, the entire military is implicated. For that reason, we now refuse to participate in our reserve duties, and we support all those who resist being called to service," the soldiers wrote in a petition posted online.

While some "Israelis" have refused to serve in the Palestinian territories of the West Bank, the "Israeli" military's structure is such that serving in any capacity forces one to play a role in the conflict, said the soldiers, most of whom are women who would have been exempted from combat.

"Many of us served in logistical and bureaucratic support roles; there, we found that the entire military helps implement the oppression of the Palestinians," they said.

Their comments come as the conflict in Gaza continues to escalate, displacing thousands more Palestinians in the battered territory even as the United States presses both sides for an immediate ceasefire and longer-term peace plan.
Earlier this month, "Israel" said it was mobilizing more reservists in anticipation of increased fighting.

"To us, the current military operation and the way militarization affects "Israeli" society are inseparable," they said, pointing out that ""Israel" is no longer able to think about a solution to a political conflict except in terms of physical might; no wonder it is prone to never-ending cycles of mortal violence. And when the cannons fire, no criticism may be heard."