Norway's intelligence service said Thursday it has received information about an imminent "concrete threat" against Norway from people with links to the so-called "Islamic fighters" in Syria. 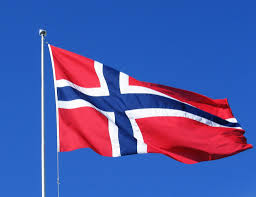 Benedicte Bjoernland, the head of Norwegian security service PST, said the agency has received "reliable information" from a foreign partner about some kind of attack "within days."
"It was unspecific about what the target might be," Bjoernland said, adding PST has no information about how or when such an attack would take place.

According to PST's assessment last month, about 50 people have traveled to Syria from Norway as foreign fighters, half of whom have now returned to Norway. Bjoernland declined to give further details.

The domestic intelligence agency could not exclude that people involved with the threat already were in Norway, adding it had called staff back from their summer vacations to further investigate the information.

Norway is still recovering from the 2011 attack by far-right fanatic Anders Behring Breivik, who killed 69 people in a shooting spree at a political youth camp, and eight others in a bombing of government headquarters.