An "Israeli" War Forces soldier was killed early Friday as "Israel" waged its ground invasion into seized Gaza Strip and called up 18,000 more reservists to the besieged coastal enclave, while five other soldiers sustained light to moderate wounds in separate incidents. 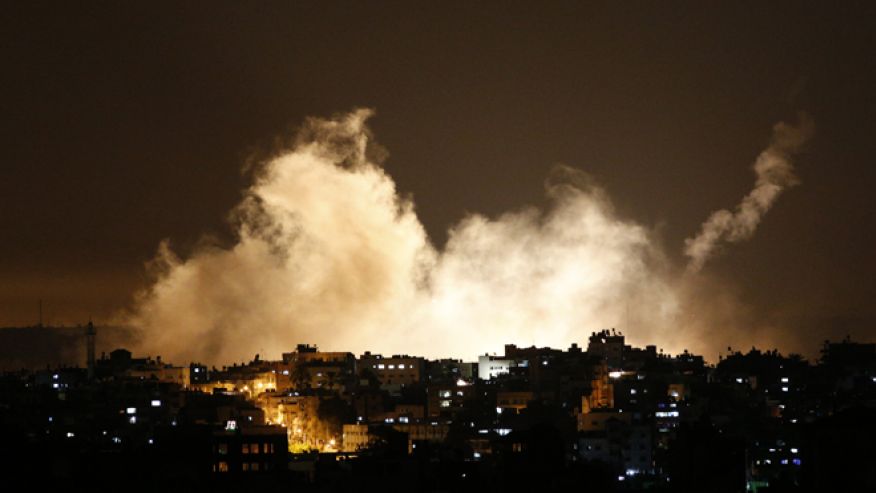 According to the "Israeli" War Forces," the event in which th e so l d ier was killed took place at in the northern part of the seized strip at around 3 am on Friday.

Another two soldiers sustained wounds after being hit by sharpened, a nd another by gun fire. A fifth soldier sustained injuries, and was also taken to the hospital.

Netanyahu and Ya'alon have also instructed the Zionist army to be prepared to expand the ground operation.

The military said the first major "Israeli" ground offensive in seized Gaza in just over five years was open-ended and would be carried out on several fronts in the seized coastal strip.

Furthermore, The army statement also added: "This stage of operation "Protective Edge," led by the "IDF's" Southern Command, will include close coordination between "IDF" units including
infantry, armored corps, engineer corps, artillery, and intelligence combined with aerial and naval support."
"This effort will also be supported by the "Israeli" Security Agency [ISA] and other intelligence organizations," the Zionist army added.

The army added that the aim of the operation is to protect "Israeli" lives and crush Hamas.
The order to take action Thursday night received Cabinet approval two days ago after "Israel" surrendered to an Egyptian proposal for a ceasefire on Tuesday, whereas Hamas was cautious about it and said it had not been consulted by Cairo.


"Israel" had called up 48,000 reserve soldiers, and later on Thursday, the Cabinet authorized the military to call up 18,000 more.

The Zionist army said in a statement."Following the approval of the government, the "IDF" increased the draft of reserve forces to 18,000 troops."


A spokeswoman said the decision raised the overall number of soldiers called in since the start of Operation Protective Edge to 65,000.

"Israel" launched its aggression on seized Gaza through an operation called "Operation Protective Edge" on July 8 and the Zionist army said the new operation will include ground and air assaults.