Last September 24, the US's "The Blaze" news website posted a picture for "Muhajireen Kavkaz wa Sham" including the commander of one of the groups affiliated with the so-called "Islamic State of Iraq and Sham" [ISIS]. 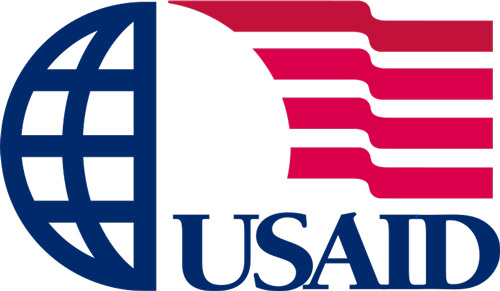 At the back of the picture, the label "USAID" (United States Agency for International Development) marked the tent where the men were. Actually, the picture does provide evidence the US is deeply involved in the Syrian "swamp" and in financing Takfiri terrorists.

As Syria's crisis began, "non-governmental organizations" spread all along the combat zones. Newly established (in 2005), these NGOs work for the "development" of the Syrian community and for "promoting youth's volunteerism".
So what was it that actually caused their spread in the Arab World? And what do these NGOs have to do with the so-called "Arab Spring"?

A statement which former US Secretary of State Hillary Clinton wrote for the "Quadrennial Diplomacy and Development Review" (QDDR) is entitled, "How Can We Do Better?" The statement reads:
"...We also have to look ahead, planning for a changing world. It's ultimately about delivering results for the American people-protecting our interests and projecting our leadership in the 21st century...
... To that end, we will build up our civilian power: the combined force of civilians working together across the US government to practice diplomacy, carry out development projects, and prevent and respond to crises. Many different agencies contribute to these efforts today. But their work can be more unified, more focused, and more efficient...

The State Department and USAID will take a lead role in making that happen...
In development, we are re-establishing USAID as the world's premier development agency. To make sure our investments have the biggest possible impact, we will focus our efforts in six core areas where we have expertise..."
What Clinton says is crystal clear; she confirms the USAID's and NGOs' "civilian power" has become the "right hand" for US diplomacy.

In fact, it was the New Conservatives' think-tanks' idea to invest efforts in the USAID so as to eventually serve political aims. That's why it was integrated with the intervention system called the "National Endowment for Democracy" [NED], which is linked to the Central Investigation Agency [CIA].The USAID's relations with civil-community organizations were as well reinforced.

USAID declared it would reward "friendly" regimes by financing their development projects; whereas NGOs would conduct a "reformation program" in "rogue" states. These aims were actually revealed in the agency's 2003 report before the US invasion further spread in the Middle East, starting with Iraq in the same year.
A report by the "Petersburg Center for Current Near East Studies" [Mach 2013], entitled "The US Role in Arab Revolts: Amplifying Riots through General Diplomacy and Social Networks", says the "Arab Spring" is the fruit of the "Middle East Partnership Initiative" [MEPI]. Through the website designed for the Initiative, the US declares its plan "directly responds to the needs expressed by regional reformation democrats."

The Initiative actually organized several programs to train civil-community organizations in the Arab World under the supervision of the US State Department. The Initiative's pursued goals were: to strengthen civil society and the rule of law, to empower women and youth, to improve and expand education, to encourage economic reform, and to increase political participation."
For her part, Anna Varfolomeeva wrote an article entitled "Middle East Partnership Initiative: America's Tool". The article says, "...Ambassador James Holmes, the president of the American-Turkish Council since 2004, started the "e-Diplomacy Task Force". In 2003, the task force was reorganized into the "Office of e-Diplomacy.

The Office of e-Diplomacy acts as an applied technology think tank for the United States Department of State.
"Al-Ahed News" interviewed Mr. Ali Nassar, director of "al-Hokool" website, who confirmed that the spread of NGOs is a "political" phenomenon dating back 20 years ago [at the end of the "Cold War"].
Nassar as well emphasized two kinds of NGOs existed: local NGOs and international ones. Nassar believes that NGOs contributed to spreading the principle of states lacking sovereignty before the US military incursion into Iraq [in 2003] and the spread of the "Arab Spring" [in 2010].

Since smacking the regime is part of the capitalist West, that wave promoted anti-sovereignty and anti-independence concepts.
Nassar as well considered "the organizations for public, social, syndicate, and scout work bore a political, a patriotic, and an intellectual message before NGOs made their way into the Arab communities."
The international NGOs dominance represents indirect intervention by foreign states. In fact, after the dissolving of the Soviet Union, "the patriotic sense fell beyond local and personal sense; thus, individual liberties rather than patriotism were stressed."

As the NGOs invaded the Arab World, new "values" came in, too. Nassar says it was meant to get the youths to renounce their values, so religion was blamed for things like "oppressing women" as well as for communities' faults. That made the prevailing world order and the local ones sound "faultless", eventually leading youth to struggle with their ethical, religious, and genuine cultural values."
As their work programs seek reproducing elites, NGOs attract youth, associations, and individuals. Nassar confirms that the US Embassy of Egypt selects the elites among university graduates and operates them in accordance with the "brilliant" goals agenda. During overthrown President Hosni Mubarak's rule, Egypt's associations' law sparked severe controversy, particularly regarding the standards on watching, financing, and budgeting civil-community organizations and on the way to invest them.

Nassar sees "the case of the Lebanese-Civil-War abductees deserves prime regard; yet, NGOs are exploiting the case for their own interests." As for the great funds provided to Lebanon's NGOs, they are meant to "dissolve and spoil elites as in the case of Morocco, Egypt, and Palestine (the West Bank in particular) to keep them away from armed resistance." At the end of the day, it is required that resistance, governments, and all active forces of the community be withstood in order to change communities into almost collapsing ones.
Mr. Nassar points out three Jewish businessmen provided funds for toppling the Russian regime in the 1990s. Then on, Russia deemed whoever worked for an NGO or a foreign state as a foreign collaborator. Even the US itself does so.

Hereupon, even the operators of NGOs convict NGOs for serving suspicious agendas. Most of the reports on these organizations' work have proved their role in achieving the colonial US schemes. It is a must that the national elites' call for treating these organizations as foreign political parties be heard. But when will the Lebanese lawmakers do?