Newly unveiled National Security Agency programs detail how the US government has the ability to monitor approximately 75 per cent of American internet traffic, and further discloses how telecommunications companies are compelled to provide such data. 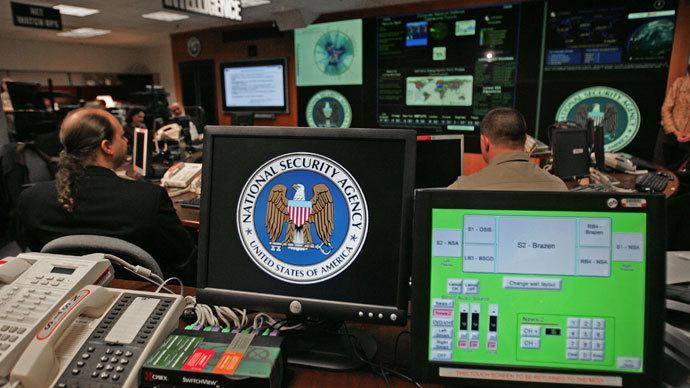 The programs - known as Blarney, Fairview, Oakstar, Lithium, and Stormbrew - are able to monitor the writing of emails, not just a message's metadata, according to The Wall Street Journal. The programs also affect digital phone calls placed inside the US.
Among other capabilities, the systems can "reach roughly 75 per cent of all US internet traffic, including a wide array of communications by foreigners and Americans."

The NSA commands internet service providers [ISPs] to send "various stream internet traffic it believes most likely to contain foreign intelligence," then copies that data and searches through it.

NSA officials have claimed in recent weeks that the intelligence agency "touches" a mere 1.6 percent of internet traffic, although TechCrunch speculated that rhetoric refers to information that has been sent to the NSA and "culled to their liking."
Perhaps the most disturbing news is that the NSA worked in conjunction with the FBI to monitor all email and text messages for the six month period surrounding the 2002 Olympic Games in Salt Lake City, Utah.

One NSA official, who wished to remain anonymous, told The Wall Street Journal that the NSA is "not wallowing willy-nilly" through Americans' communications. "We want high-grade ore."
The WSJ report is based on interviews with current and former government officials familiar with the NSA's tactics. They stated the filtering was designed to identify communications that either begin or end outside the US, although the "broad reach makes it more likely that purely domestic communications will be incidentally intercepted and collected," not foreign ones.

NSA spokeswoman Vanee Vines said that oversight is in place in the event that domestic communication is inadvertently recorded, including "minimization procedures that are approved by the US attorney general and designed to protect the privacy of United States persons."

While lawmakers have asserted that NSA surveillance is necessary to protect national security, Blarney is known to have been in use since before the September 11, 2001 terrorist attacks. The program was operating near important fiber-optic landing points, including one in San Francisco, California and another in New Jersey, with the intention of intercepting foreign communications entering and exiting the US.