Mount Lebanon Prosecutor Claude Karam filed Tuesday a lawsuit against 13 members of the families of the Aazaz hostages. 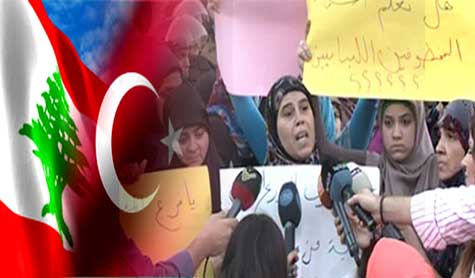 According to the National News Agency, the members were accused of "forming an armed gang and abducting the two Turkish pilots."
Turkey's Anatolia news agency identified the 13 suspects as: Mohammed Ali Saleh, Nadim Saad Zgheib and Hasan Jamil Saleh [currently in detention].

Soon after the arrest warrants news was broadcasted, the families of Azaz hostages held a meeting in Dahyieh [the southern suburbs of Beirut] to discuss the next step, in response to what they described as " unjust accusation."

They further accused the Lebanese authorities of being interested in uncovering the fate of the two pilots more than being concerned to return their abducted relatives.

In this context, the member of the families committee Hyat Awali [whose name is among the wanted] viewed that that the judiciary's is stupid.

She further clarified that the attorneys were working on the release of the three detainees in Roumieh prison after it became clear that their files are free of any convictions.
"They turned to be political prisoners by the security apparatus of the Future Movement," Awali stated, and pointed out "the families were surprised that they received the decisions of their arrest through the Turkish media and not through the Lebanese authorities."

In parallel, she revealed in remarks to al-Ahed news that "the families will study their next step, and will l announce an official position Wednesday."

Similarly, the member of the families committee Daniel Shoaib accused the Lebanese Information Security Branch of these fabrications.

He announced that "people might cut off the roads."