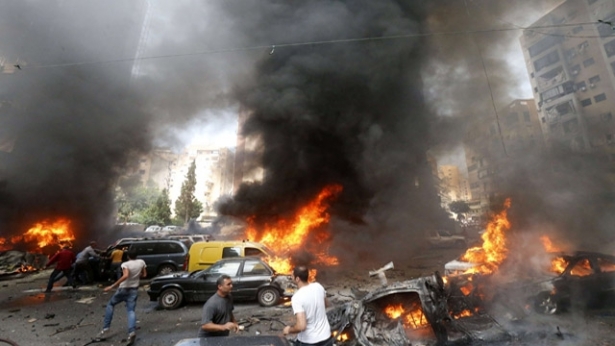 According to the CIA, the daily mentioned, al-Qaeda prepared to target Hizbullah, the Lebanese Army, as well as Gulf, Russian and Chinese diplomats.

"The story of this information goes back to the beginning of last week, when the head of the CIA in Lebanon surprised key Lebanese security agencies [Lebanese Army Intelligence and Information Security Forces] with hypersensitive reports," it detailed.

In parallel, the content of the report indicated that the implementation of the attacks is subjected to the decision of al-Qaeda group, which is active in Syria.

The US information also highlighted that two suicide bombers are to carry the attacks.
In another CIA report, which is no less dangerous than the first, the US information revealed that "another al-Qaeda group transported around 2,000 kilograms of explosives into Lebanon to target the Lebanese Army, Hizbullah, Saudi and Kuwaiti ambassadors to Lebanon in addition to Russian and Chinese diplomats."

Meanwhile, the third report detailed information on who is responsible for the shelling of rockets from inside Syrian territory towards Baalbek.
"The report included the used phone numbers," al-Akhbar stated, and pointed out that "after checking this information, the CIA found that the head of the group is a Syrian national, who is leading the operations from the region of Damascus country side."

Moreover, the CIA report confirmed that the man is already active in northern Lebanon. "He seeks to store around 500 missiles in the area to be later fired on Baalbek and its surroundings. "
In a related development, al-Akhbar unveiled that "the CIA information were discussed in the security meeting, which was held at Baabda Palace last Thursday."
The meeting was chaired by President Michel Suleiman and attended by caretaker PM Najib Mikati, Defense Minister Fayez Ghosn, Interior Marwan Charbel, and Communications Nicola Sahnawi.

Al-Akhbar pointed out that the heads of the Lebanese security agencies didn't inform politicians of the matter but rather stressed on the importance of obtaining the full telecom data.

However, the conferees discussed the ability to prevent the use of cell phones by Roumieh prisoners.

This discussion was based on the information that the Lebanese security agencies monitored communications between a detained "Islamists" [most likely from the Gulf state] and an unknown person, speaking of 7 tons of explosives, without specifying the source or destination.

On the other hand, Minister Charbel rejected the idea of cellular phones' cut in Roumieh prison, "because such a step will lead to the uprising of prisoners who use cell phones illegally to communicate with their families."

The newspaper quoted security officials, who emphasized that "the Lebanese security services are seriously following the horrific US information.