General Command of the Syrian army announced that its armed forces destroyed an "Israeli" vehicle that entered from the occupied Golan territories and exceeded the cease-fire line towards the village of Bir Ajam. 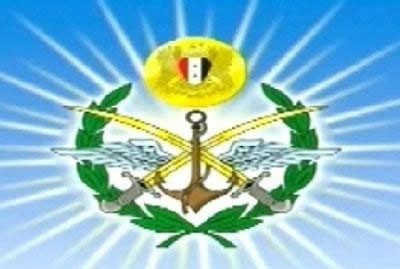 "The village is located in the liberated area of Syrian territories where there are armed terrorist groups," the General Command said in a statement issued Tuesday.

It further added that " following the breach, the "Israeli" enemy fired two rockets from the occupied site of Tal al-Faras toward one of our sites in al-Zubaydiah site; no casualties reported."

"The aggression aims at raising the terrorist groups' collapsed moral due to the painful blows they received at the hands of our armed forces in more than one a place, especially in al-Qsier area," the army mentioned.

In parallel, the statement viewed that the blatant aggression confirms again the involvement of the Zionist entity in the ongoing events in Syria and the direct coordination with the armed terrorist gangs.

"Our forces will firmly and immediately respond to any breach or attempt to violate the state sovereignty," the army vowed.