More than 90 people -- including seven children at an elementary school -- were killed when a massive tornado struck an area outside Oklahoma City on Monday afternoon, US officials said. 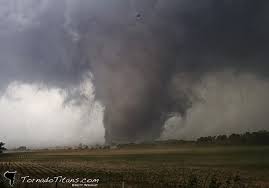 Seven children were killed at Plaza Towers Elementary School in Moore, Oklahoma, a police official said. Emergency personnel were scouring the school's rubble Monday evening. The footage also showed a number of other leveled buildings. Block after block lay in ruins. Homes were crushed into piles of broken wood.
Cars and trucks were left crumpled on the roadside. Rescuers launched a desperate rescue effort at the elementary school, pulling children from heaps of debris and carrying them to a triage center.

The tornado was estimated to be at least 2 miles wide at one point as it moved through Moore, in the southern part of the Oklahoma City metropolitan area, KFOR reported. Video from CNN affiliates showed a funnel cloud stretching from the sky to the ground, kicking up debris.

Monday's tornado directed much of its ferocity on the town of Moore, which was nearly leveled to the ground. The Oklahoma tornado is the worst to hit the United States since a May 22, 2011 tornado struck Joplin, Missouri, killing at least 158 people and injuring 1,100.

The National Weather Service estimated that the tornado reached up to a 800 metres wide and was an EF-4 on the enhanced five-point Fujita scale, the second most powerful type of twister.
Oklahoma Gov. Mary Fallin deployed National Guard members to assist with rescue operations and activated extra highway patrol officers.