A Bahraini citizen died after he heard his arrested son screaming and being beaten by the police who kicked the father out of the station without permitting him to see his son, the Bahrain Center for Human Rights reported on Monday.
The Center said on its website that it was concerned "at the continuation of beatings inside police stations, excessive use of force and the effect it has on the families of victims." 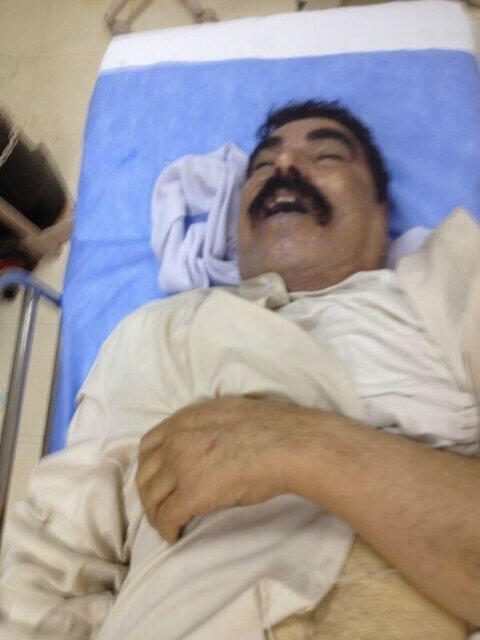 It further reported that "Ahmad AbdulGhani AlRayyes (born in 1986) was arrested from his home in Duraz during a house raid today. His brother, Hussein, had recently been injured with pellets due to use of excessive force by security forces. He was shot in the abdomen approximately two months ago by security forces and left bleeding; he has so far needed two operations."

"AbdulGhani AlRayyes (66 years old) went to Budaiya Police Station to ask about his son, reportedly heard him screaming inside and being beaten," it noted, adding "he was not allowed to see Ahmad, and forced out of the police station. He fell unconscious and was moved to the International Hospital of Bahrain. The death certificate stated "dead on arrival" as the immediate cause of death without mentioning the fact that he has hypertension."

The Bahrain Center for Human Rights underscored that "this is not the first time a family member dies due to the practices of security forces in Bahrain," pointing out that another woman had a similar case after "she watched her son having his head beaten against the air conditioner several times."

The center has continuously warned that the environment of the widespread, systematic crackdown in Bahrain has severe psychological effects on civilians who watch family members subjected to various forms of violations.