Member of Loyalty to the Resistance Bloc, MP Nawwar Saheli, stressed the significance of the Week of Islamic Unity, the necessity of highlighting the bright image of Islam, and casting out secession and division among Muslims. 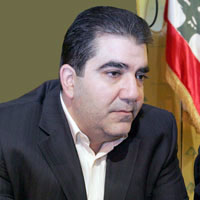 In a ceremony on the occasion of Prophet Mohammad's birth (PBUH), Saheli accentuated, "Most of the parliamentary majority, consisting of the Amal Movement, the Free Patriotic Movement, the Tashnag Party, and the Marada Movement gathered and agreed to enter the joint committees' session in a unified vision and no procrastination regarding the electoral due date."

He further indicated, "An [electoral] law, guaranteeing fairness and owning a great deal of parliamentary support, must be met."
"Are [the Lebanese opposing parties] still dreaming of rule monopolization and control of the country and people? Do they still bid on the Syrian development of events? Have they not learnt from their previous bids?" Saheli wondered, underscoring, "They refuse proportionality on silly pretexts, and refuse the Orthodox law despite their allies' support."

In this context, MP Saheli demanded "the opposing party to present a serious proposal for the electoral law and quit political nuisance."
On another note, Saheli spoke of the Prophet of Islam, Mohammad (PBUH), his traits, and the messages of love, peace, and good he preached.