A decision by the Court of Cassation in Bahrain rejecting an appeal by 13 opposition activists and upholding prison sentences ranging from five years to life is further proof of how the country's justice system simply cannot be relied on, Amnesty International said. 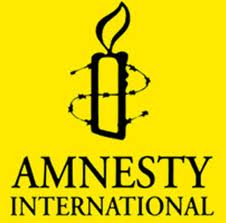 "This unjust decision will confirm the view of many that the judiciary is more concerned about toeing the government's line than upholding the rule of law and the rights of all Bahrainis," said Hassiba hadj Sahraoui, Amnesty International's Deputy Director at the Middle East and North Africa program.

She added "In order to maintain any credibility at all the Bahraini authorities must release these 13 people who have been imprisoned simply for exercising their rights to freedom of expression and assembly."
Bahrain's highest appeal court upheld Monday sentences against 13 opposition leaders, a defense lawyer said, in a decision that could further fuel unrest in the US-allied Gulf Arab state.

The sentences, originally handed down by a military court and upheld by a civilian court in September last year, range from five years in prison to life sentences. Monday's decision can't be appealed, the lawyer said.
Bahrainis have been suffering oppression since the beginning of the revolution in February 2011, suppressed by the foreign-backed Bahraini regime.