"The jet headed east. The pilots were looking for a landing spot nearby Jounieh. It was the men of the Mossad working with the Kataeb, the Lebanese phalanges, who set for the meeting. They only told Bashir Gemayel that high-ranking "Israeli" officials were about to arrive in Jounieh... "I knew that you would come and you did well. We have been waiting for you!" 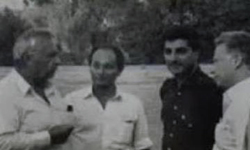 These are the very words with which Bashir Gemayel welcomed Ariel Sharon as he was stepping down the chopper. The landing area was near a power generating station in Jounieh, at a spot that was pre-set on time. Gemayel and Sharon hugged warmly, exchanged nice compliments, and introduced each other to their advisors. The group later headed to a queue of fancy cars nearby the runway which was cordoned off by lines of armed Kataeb soldiers. Not everyone in "Israel" knows that at that very time, Lebanon war-better known as Peace for Galilee Operation--was being concocted.

"Israeli" radio reporter, Shimon Shiffer, tells interesting facts and graphic details in his book "Snow Ball," released 28 years ago. It is necessary to rake up these facts, at a time when history has become ignored by too many, and especially at a time when famous traitors have disguised in chastity and applied themselves to preaching the makers of victory and independence on patriotism and dignity.

Turning to the abovementioned night, Shiffer recounts that Bashir Gemayel firstly expressed, in his name and in the name of his father Pierre Gemayel, former President Camille Chamoun, and the Christian leaders, deep gratefulness for the visit of "Israeli" Defense Minister, General Sharon, the person very much respected by Kataeb for his distinguished opinions on the collaboration between the "Israeli" army and Christians in Lebanon. 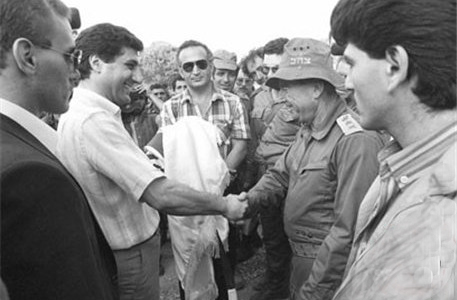 On a different note, Shiffer relates that the observation spot selected for Sharon was on the roof of a huge building in the Beirut locality of Ashrafieh, in a Christian stronghold. Sharon watched the city silently via a binocular that was set specially to honor the guests from "Israel." He was concentrating, and carrying on planning the details of the future military tracks. To Sharon, Beirut turned into just another target that needed to be planned for. But this time, he did not have "Israeli" soldiers only by his side, but also Lebanese Christians.

"The history of that era needs to be rewritten," says Head of the Popular Movement, Najah Wakim. "Alas, in this country and due to sectarianism, patriotism and treason are even, and so are thieves and dignified people; this is a tragedy. It is a shame that the sons of traitors are now on the top of power," he says.

Wakim, a pro-Nasserite, explains the role of the former Chief of the Lebanese Army Intelligence, Johnny Abdo, "who visited ‘Israel' before 1982 many times and who was one of the engineers of the invasion in Lebanon." "The Lebanese Forces, alongside Kataeb and many of March 14 leaders today, were more of guides to the "Israeli" troops; they led them to the posts of the national resistant and fighters...It is true that "Israel" decided on Sabra and Chatila massacre, but it is the Lebanese Forces who executed it; the LF even admitted." Wakim reminds of black days of the LF history. "He who returns to that era knows well how they used to chase combatants. Their militias, with the collaboration of some of the state apparatuses, used to apprehend whoever resisted "Israel." The resistance was a crime to them," he says. 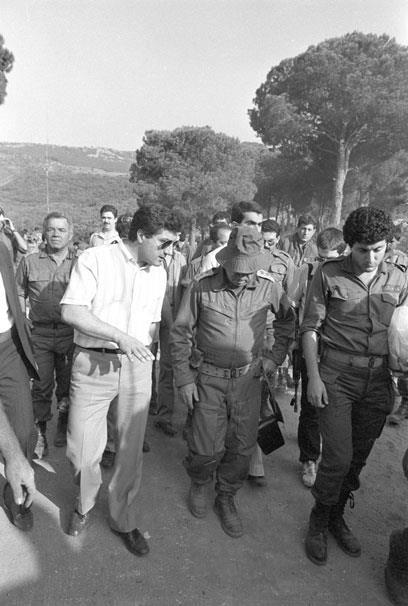 Wakim continues, "Also with the acknowledgement of their leaders, they collaborated with "Israel," and the book of the Kataeb politburo member, Joseph Abu Khalil, is clear-cut evidence on this. During the 1982 "Israeli" invasion, they supported a foreign occupation of their land and even paved the way for it, something that put forth an "Israeli" authority in Lebanon brought by the "Israeli" tanks; from Bashir Gemayel to his brother Amine, their relations with "Israel" and Sharon's love for food, which Gemayel's wife used to prepare...things are crystal clear."

Former Head of the Kataeb Party, Karim Pakradouni, confirms that in 1982, there was an open conflict with the resistance forces and that the Lebanese Forces-Kataeb-National Liberal Party trio was against the resistance. He says that they wagered on the "Israeli" invasion of Lebanon, depicting the state of this camp at that time as "a state of losing the compass and of despair and confusion."
For his part, former Minister Zaher Khatib says, "They met on collaborating with the devil to face the Palestinian and national forces." He maintains that the camp which was always known for its collaboration with "Israel," hoisted the motto of isolating itself from its milieu, that is to say that Lebanon is a nation per se, dissociated from the Arab world. "Building on this stance, they allied with the ‘Israelis' in the field."

Khatib depicts the militia formed by Bashir Gemayel in 1976 and geared up by "Israel" as "the field armed wing which abided by the instructions and orders coming from the Zionist enemy and which made the war of the enemy on the land of Lebanon." He also points out at the 1983 Mount war where the Lebanese Forces served next to "Israel" against the National Front.
Khatib does not forget to mention the withdrawal of the Palestinian factions from Lebanon, evoking the "drastic massacre of Sabra and Chatila, this watershed where the collaboration over killing Palestinians by the very hands of "Israel's" group in Lebanon was blatant."

On page 246 of his book, Shiffer tells that at 5:30, the Director of the Intelligence Service of the "Israeli" forces received a report via phone on primary information about the Lebanese Forces having exterminated nearly 300 people thus far.
Furthermore, Pakradouni sees that betting on "Israel" has cost the Christians high prices, such as the fall of the Mount, which he calls as the most horrid defeat for the Christians. He also notes a change in the Christians climate vis-a-vis "Israel," especially after former President Emile Lahoud assumed the Lebanese Army Command and then the presidency of the Republic. He says that such a change stemmed from the blow the Christians were dealt by "Israel," which left them defenseless in Lebanon.

Pakradouni adds that the change brought forth by Hizbullah was changing the formula according to which Lebanon's weakness is Lebanon's strength, saying that Lebanon's strength is in its resistance. "I believe that today, Christians have derived lessons from their failed experience with the "Israelis." They are advancing today towards adopting the choice of the resistance," he says. As to those pressing ahead with fighting the resistance, Pakradouni says those do not read history; they only consider their narrow interests in the Lebanese political game.
In turn, Wakim says, "They are free to hate the Resistance, but there should be a modicum of logic...alleging that they have cut their relations with "Israel" is a silly thing to say. They are not the ones controlling such relations. It is "Israel" that does so."

Wakim considers that their opinions on many issues today are convergent with those of "Israel" and that this is just evidence on their still-on-the-go relations.
So voilà, this is the leader of the Lebanese Forces, whom we see today dressed in a suit and a necktie, seeking the presidential seat, whom the massacre of Ehden, Barbara checkpoint, and crimes such as killing PM Rashid Karami and Mgr Albert Khreish also know very well. To all those who did not know the political tally of the Geyamel family and hear today slogans chanting "Bashir still lives among us," this is Bashir Pierre Gemayel: 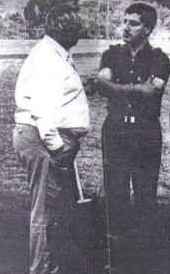