Twelve Lebanese Internal Security members were wounded Thursday in a Future Movement attack on their post in a border checkpoint near the Bekaa, Arsal town. 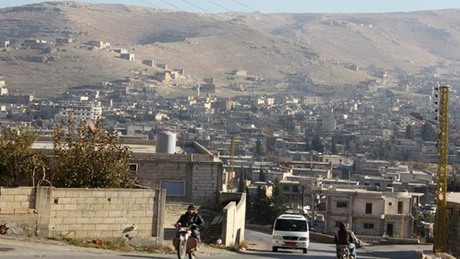 The wounded ISF members were transferred to al-Amal Hospital.

In details, the clash occurred after the ISF members in Arsal asked the gunmen in a pick-up of the identity of the injured member of the so-called "Free Syrian Army" member. However, the driver and the militia men on board the truck refused to abide by the orders of the policemen.

Thus, the Lebanese security members asked them to wait to take the authorization of the police command before transferring their injured companion.

Meanwhile, the group called armed "Future" groups in Arsal, who rushed to attack the ISF point and fire it with their weapons.
Not only that but the "Future" followers invaded the post, and severely beat the security members with sharp arms. This led to the injury of the ISF members, who were later transferred to al-Amal Hospital.