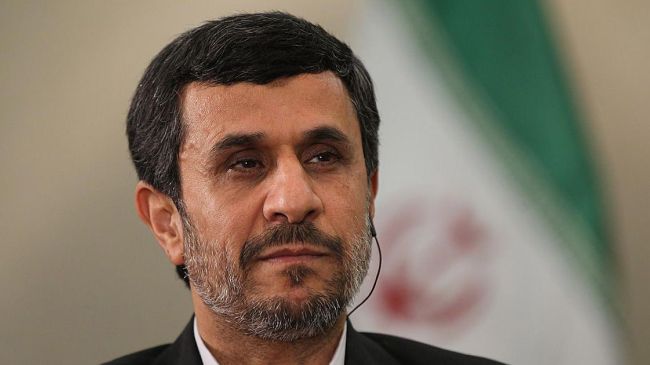 Speaking to reporters before his Monday night departure for a Latin American tour, President Ahmadinejad blamed the capitalist system for most of the world's environmental issues and emphasized that "those who hold only five percent of the global population and are most involved in the environmental destruction of the earth must alter their behavior," IRIB reported Tuesday.
"Progress and development as well as human respect must be based on justice, friendship and affection, since a one-sided development that would merely benefit the capitalists is useless for [other] nations," said the Iranian president.

He also announced that 20 Iranian environmental experts will accompany the nation's director of Environmental Protection Agency in attending the specialized sessions at the Brazil summit. Ahmadinejad also pledged that the delegates will do their best to ensure the adoption of decisions that are not harmful to nations.

The Iranian chief executive said the first leg of his Latin American tour will be in Bolivia, which enjoys expanding ties with the Islamic Republic in many fields. He added that his Bolivia visit would be in response to President Evo Morales' 2011 visit to Tehran and will serve to follow up on earlier deals signed during previous visits.

President Ahmadinejad also noted that his third stop, following the Rio Earth Summit in Brazil on June 20-22, will be in the Venezuelan capital of Caracas where he is due to meet with President Hugo Chavez and other senior officials and dignitaries to discuss a further expansion of economic, political and cultural ties with the Latin American nation.