Iran's President Mahmoud Ahmadinejad says Nowruz is among the greatest human traditions and the realization of a boost in international peace and friendship.

President Ahmadinejad made the comment in a message to the United Nations Secretary General Ban Ki-moon on the occasion of the International Day of Nowruz on Tuesday.

Nowruz, which has become an international [occasion] following the United Nations General Assembly's approval, is in fact the realization of one of the highest human objectives, which is the promotion of international peace and friendship," President Ahmadinejad said.

It has risen from the pure human culture and civilization, and heralds peace and kindness, he added, IRNA reported. 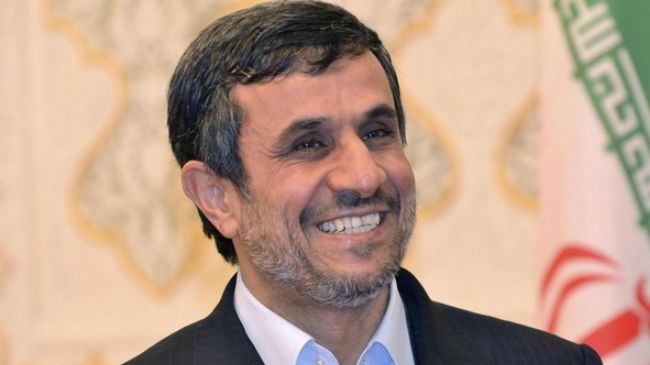 The Iranian president expressed hopes that morality, justice, spirituality would be further promoted by the collective efforts of people.
He also hoped that Nowruz would bring about the elimination of discrimination and oppression.

On March 19, the UN chief sent a message on the International Day of Nowruz, calling on nations to work for a better global community.
"Nowruz is a day for family and friends, for festive meals, for dancing and singing. The day is an event to value mutual respect and the aspiration for harmony by all societies," he said.

Nowruz which coincides with the astronomical Vernal Equinox Day or the first day of spring is as one of the oldest and most cherished festivities celebrated for at least 3,000 years.

The International Day of Nowruz was registered on the UNESCO List of the Intangible Cultural Heritage of Humanity on February 23, 2010, and the festivities are now celebrated in many countries as far as the US and Canada.
The United Nations also promotes Nowruz by holding celebrations and introducing the tradition as a representation of peace and solidarity between generations and within families as well as reconciliation and neighborliness among peoples and different communities.