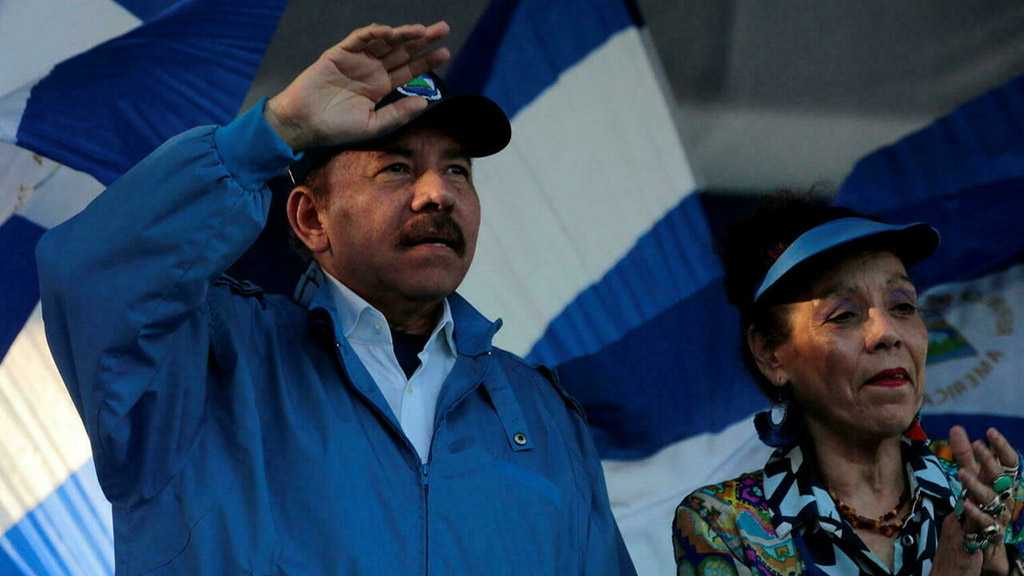 The United States on Tuesday imposed an entry ban on Nicaraguan President Daniel Ortega, his vice-president wife and his government, after elections that were internationally dismissed as illegitimate.

"The repressive and abusive acts of the Ortega government and those who support it compel the United States to act," President Joe Biden said in a proclamation.

"The Ortega government's undemocratic, authoritarian actions have crippled the electoral process and stripped away the right of Nicaraguan citizens to choose their leaders in free and fair elections."

On Monday, the United States announced separate financial sanctions against Nicaraguan officials, describing the recent election as a "sham."

"The physical and psychological abuse of political prisoners at the hands of police and prison authorities is intolerable and cannot stand," Biden said, accusing Ortega of overseeing corrupt courts, police and security services.

A firebrand Marxist in his youth, Ortega ruled Nicaragua from 1979 to 1990, after leading a guerrilla army that ousted US-backed dictator Anastasio Somoza.

Nicaragua's congress on Tuesday asked Ortega, 76, to withdraw the Central American country from a regional cooperation body that rejected the election – in which Ortega garnered 75 percent of the vote.

The Nicaraguan opposition said the election was marked by mass abstention even as the government claimed turnout of 65 percent.

Last week, the Washington-based Organization of American States [OAS] said the election "was not free, just or transparent and had no democratic legitimacy."

Congressional speaker Gustavo Porras said the legislature was asking Ortega to reject the OAS charter, which is the formal process for leaving the group.

During that legislative session, 83 of 87 legislators approved the motion.

Like all branches of government in Nicaragua, congress is controlled by Ortega's left-wing Sandinista National Liberation Front.

Congress accused the OAS of violating the "principle of non-intervention in the internal matters of other states."

Faced with international criticism, Ortega lashed out at Spain and the EU, saying they were led by "fascists" and "Nazi parliamentarians."