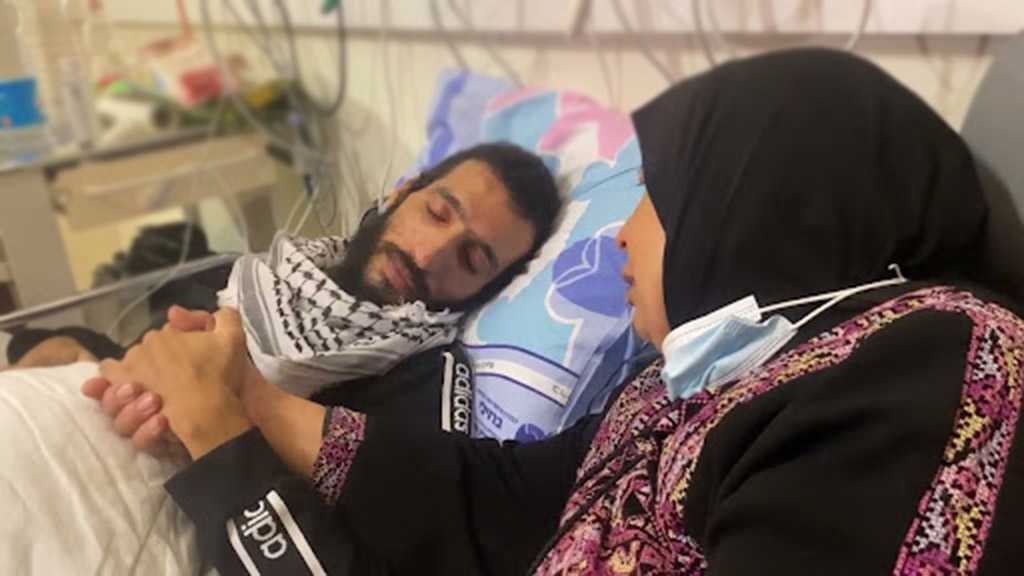 “Israeli” doctors have warned of rapidly deteriorating health condition of a Palestinian prisoner who has been on hunger strike for more than 120 days in protest against the “Israeli” entity’s policy of arbitrary “administrative detention”, saying he is close to sudden death at any moment.

The Palestinian Information Center, quoting Kayed al-Fasfous' brother, reported on Sunday that doctors at the “Israeli” Barzilai Medical Center, where the Palestinian detainee is being treated, have told him that his brother has developed symptoms suggesting a clot in his blood, which could lead to his death.

The Palestinian Commission of Detainees and Ex-Detainees Affairs has already warned that the health condition of Fasfous is very critical and he might die at any moment.

Fasfous, 34, has been on hunger strike for 123 days. The “Israeli” entity’s so-called “administrative detention” policy allows the apartheid regime to hold prisoners for long periods of time without charge or trial.

There are also four other Palestinians prisoners who have been on hunger strike with a similar cause.

Fasfous is the one with the longest period of strike among the five. The other prisoners are Alaa Aaraj with 98 days, Hesham Abu Hawwash, who has been on strike for 89 days, Ayyad Hureimi with 52 days, and Lo’ai al-Ashqar, whose hunger strike has lasted 34 days now.

The five Palestinians have been demanding an end to their detention, which is based on a “secret file” even their lawyers are not allowed to view. The so-called files are provided by the “Israeli” intelligence service.

Meanwhile, Palestinian Authority Prime Minister Mohammad Shtayyeh has called on international human rights organizations to immediately act to save the life of Fasfous. “International human rights and humanitarian organizations are required to take urgent action to save the life of Fasfous, whose medical reports suggest that his health has entered the stage of severe danger,” Shtayyeh said on Sunday, according to Palestine’s official Wafa news agency.

Over a dozen Palestinian lawmakers and nearly 20 journalists are also held in “Israeli” detention centers, several of them under the same arbitrary detention policy.