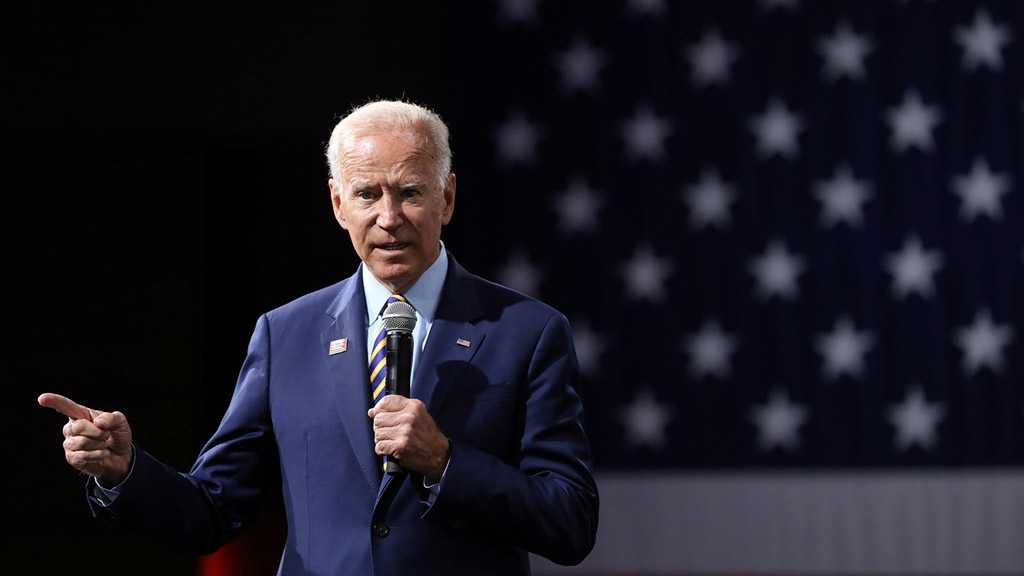 Joe Biden administration’s decision to push a $650m deal of air-to-air missiles to Saudi Arabia, its first major arms deal with the Gulf kingdom, has stirred up a hornet’s nest with many Democrats opposing it.

The controversial weapons deal, besides puncturing Biden’s claims to end the US government’s military support to the Saudi-led aggression in Yemen, has brought into the open divisions within his party.

The chorus against the sinister military collaboration between the two countries is slowly but alarmingly growing in the US after a group of prominent House Democrats on Wednesday slammed the move.

In a statement, the lawmakers denounced the Biden administration’s decision to move forward with a $650m arms sale to its important Arab ally, noting that the protracted war in Yemen had brought about "a devastating humanitarian disaster".

“The only way to truly protect people in the region is to bring the war in Yemen to an end. The conflict has now claimed thousands of lives and remains a devastating humanitarian disaster,” said the statement, signed by seven US Congress members.

The signatories, including Congressmen Tom Malinowski, Jim McGovern and Adam Schiff, stressed that while Biden announced an end to offensive support for the Saudi-led coalition in Yemen, the US "continues to provide logistical support and spare parts" that aid the Saudi operations in the country.

“That needs to stop. We urge the administration to review the efficacy of its offensive weapons freeze and consider additional steps to bring about a cessation of airstrikes against belligerents in Yemen’s civil war,” the statement noted.

The statement was endorsed by Congresswoman Ilhan Omar, who said "selling weapons to Saudi Arabia while they continue to slaughter Yemenis is unacceptable".

The congresswoman representing Minnesota's 5th District further said that they were working on a legislation to prevent the sale from moving forward.

The US administration last week sent a formal notification to Congress, giving its nod to the sale, which will see the delivery of 280 AIM-120C air-to-air missiles to Saudi Arabia.

If approved, it would be the first major foreign military sale to the Arab kingdom since Biden took office earlier this year.

Critics of the deal say Biden has backtracked on his promise to reverse the policy decisions of his predecessor and end the US government’s support to the Saudi-imposed war in Yemen.

Importantly, in November 2019, when asked about the regime in Riyadh, he had pledged to “make them pay the price and make them in fact the pariah that they are.”

In February, after assuming the power, the Biden administration identified Mohammad Bin Salman as the mastermind of Saudi dissident journalist Jamal Khashoggi’s killing, but said it would not target him with financial sanctions or a travel ban.

Six months later, Khalid bin Salman, the notorious prince’s brother and one of the accused in Khashoggi murder case, was welcomed in Washington during a high-profile state visit.

Soon afterward, Biden approved a $500 million in US military maintenance for Saudi aircraft, which was followed by a $650 million deal to sell American missiles to the Saudi regime.

Apart from the US Democrats, the deal has been unequivocally slammed by many activists and civil society groups in the US and the Middle East.

Hassan El-Tayyab, anti-war activist, said Biden promised end to US complicity in the Saudi war and blockade on Yemen, but this new weapons sale and the ongoing military support “perpetuates war/blockade”.

“The $650 million in air-to-air munitions, combined with other forms of military aid, sends a message of impunity to the Saudis as they continue their destructive behavior in Yemen with no consequences from key allies like the US. Now is not the time to be selling arms,” he said in a tweet.

Journalist Stephen Synder said by selling arms at this moment, “it's kind of an endorsement of Saudi conduct”, referring to the relentless bombardment in war-ravaged Yemen.

In a statement, Win Without War, an amalgam of civil society organizations based in the US, said the approval of another arms sale to Saudi Arabia shows the Biden administration “isn't just choosing to break a campaign promise. They're choosing to continue fueling human rights violations and suffering.”