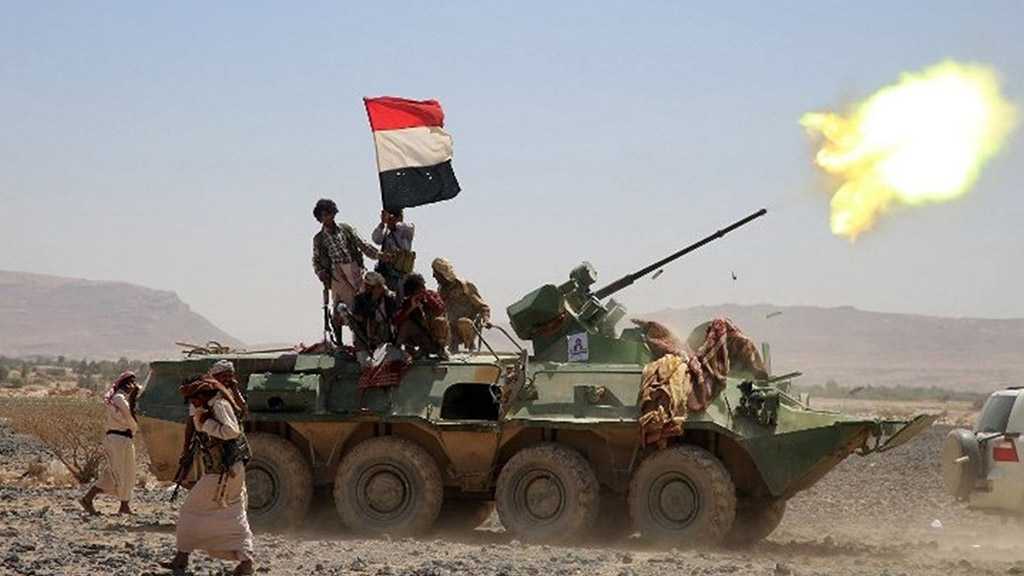 Yemeni army forces, backed by allied fighters from Popular Committees, have made more significant gains in the country’s oil-producing central province of Marib, seizing control over a strategic region south of the provincial capital.

Yemen Shabab TV channel, affiliated to the Salafist and so-called al-Islah political party, later broadcast the funeral of dozens of Saudi mercenaries and militants who had been killed within past hours by the Yemeni army troops and Popular Committees forces.

Military sources said the Yemeni army forces and their allies have advanced towards important areas south and east of the Wadi Obaida district.

They added that the forces are now positioned on the outskirts of the southern neighborhoods of Marib city, after humiliating retreat of large numbers of Saudi mercenaries to the city center.

Elsewhere in Yemen’s western coastal province of Hudaydah, Saudi-led coalition forces and their allied Takfiri militants completely withdrew from ten areas in the southern and eastern districts of the province.

Local sources told Lebanon’s al-Mayadeen television news network that the forces have left the areas for the Mocha district in neighboring Taizz province.

Saudi Arabia, backed by the US and regional allies, launched the war on Yemen in March 2015, with the goal of bringing the Hadi government back to power and crushing popular Ansarullah. The war has left hundreds of thousands of Yemenis dead, and displaced millions more. It has also destroyed Yemen’s infrastructure and spread famine and infectious diseases.

Yemeni armed forces and the Popular Committees have grown steadily in strength against the Saudi-led invaders and left Riyadh and its allies bogged down in the country.