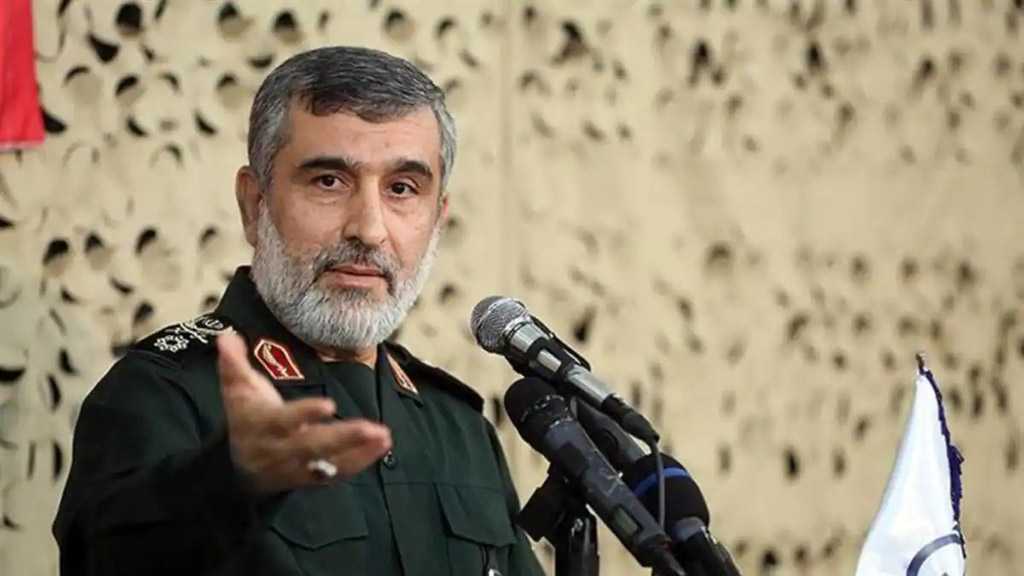 The Commander of the Islamic Revolution Guards Aerospace Brigadier Force General Amir Ali Hajizadeh warned the “Israeli” entity that any mistake in dealing with Iran will only expedite its doomed termination.

In remarks at a cultural ceremony in Tehran on Thursday, Hajizadeh shrugged off “Israeli” officials’ threats against Iran, saying the Zionist regime is the only regime in the world arguing about how to survive.

“The [Zionist] regime that discusses its existence is doomed to termination and cannot talk about destroying other countries,” the general added.

He also dismissed the threats from the Israeli officials, reminding the Zionists that they may be able to start a battle, but it is the Islamic Republic that will end it with the termination of the Zionist regime.

“If the Zionist regime gives the Islamic Republic an excuse, it will only expedite its termination,” he warned.

Elsewhere, General Hajizadeh described the enemies’ call for negotiations about Iran’s missile program as a proof that the Islamic Republic’s drone and missile power has become a thorn in their side.