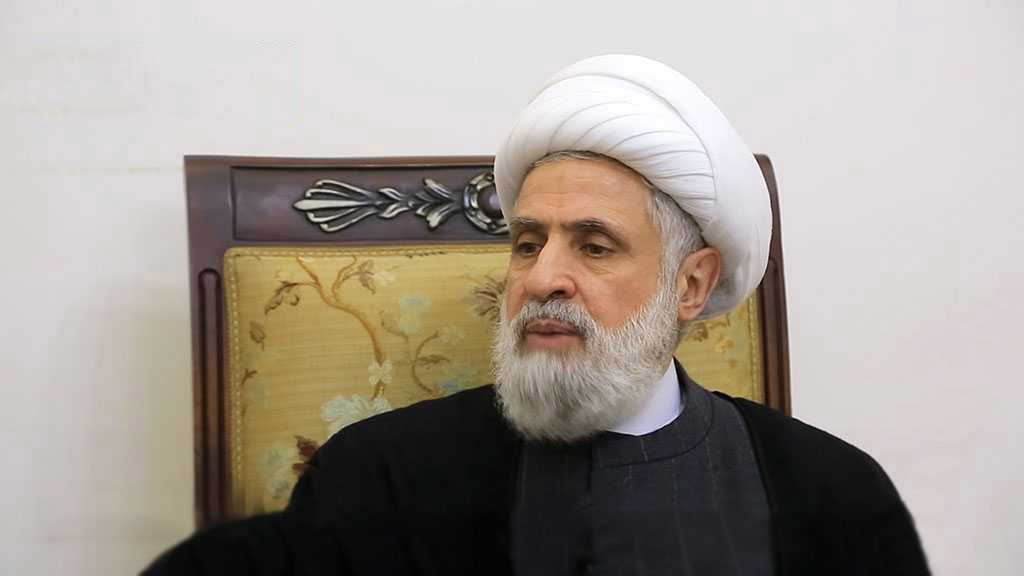 A top official of the Lebanese resistance movement Hezbollah calls on Riyadh to stop meddling in the country’s internal affairs amid a Lebanon-Saudi rift over comments on the Yemen war.

“Lebanon is an independent country that does not accept subordination to anyone,” al-Manar television network cited Hezbollah Deputy Secretary General Sheikh Naim Qassem as saying at a graduation ceremony on Wednesday.

Referring to the current dispute with Saudi Arabia, the senior Hezbollah official stressed that it was Riyadh that started the problem with Beirut.

“We don’t have any demand from it [Saudi Arabia] but to stop interfering in our [Lebanon’s] internal affairs,” he stressed.

Sheikh Qassem on Sunday had said the real target of the Saudi diplomatic aggression on Lebanon “has been always Hezbollah as well as its military power."

Tensions rose between Riyadh and Beirut following critical comments made by Lebanese Information Minister George Kordahi regarding the Saudi-led war against Yemen.

On October 29, Saudi Arabia gave the Lebanese ambassador 48 hours to leave the country over Kordahi’s remarks. The kingdom also imposed a ban on all imports from Lebanon.

The measures were taken days after an interview with Kordahi was aired by an online show affiliated with Qatar's al-Jazeera television network.

During the interview, Kordahi called the Saudi-led Yemen war futile, and said that Yemeni army forces and their allied fighters from Popular Committees are defending themselves.

The interview was recorded before Kordahi was appointed as minister, but it aired on October 25.

Saudi Arabia and some of its regional allies, backed by the US and other Western powers, have been waging a devastating war on Yemen since March 2015 to reinstall Yemen’s former president Abd Rabbuh Mansur Hadi, a staunch ally of Riyadh.

The Saudi war, which Riyadh had claimed would last only a few weeks, but is still ongoing, has failed to achieve its goals. It has pushed Yemen to the brink of famine, killed tens of thousands of innocent people, and destroyed the impoverished state’s infrastructure.

Elsewhere in his Wednesday remarks, Sheikh Qassem pointed to a last month’s deadly shootout in Beirut and noted that the resistance movement dealt wisely with the massacre which was committed by the Lebanese Forces [LF] political party in Beirut in mid-October.

At least seven people were martyred and 60 others injured in the attack on October 14, during which Hezbollah supporters were shot from rooftops while they were gathering to peacefully protest against a judge investigating last year's Beirut Port explosion as they accused him of bias.

In a statement, Hezbollah and its ally Amal Movement said armed groups affiliated with the LF party, a former militia group during the 1975-1990 civil war, fired at the protesters from rooftops, aiming at their heads, in an attempt to drag Lebanon into new sectarian strife.

“Hezbollah and Amal movement spared the country from going into the unknown,” Sheikh Qassem stressed, calling for a “fair, impartial and transparent judiciary.”