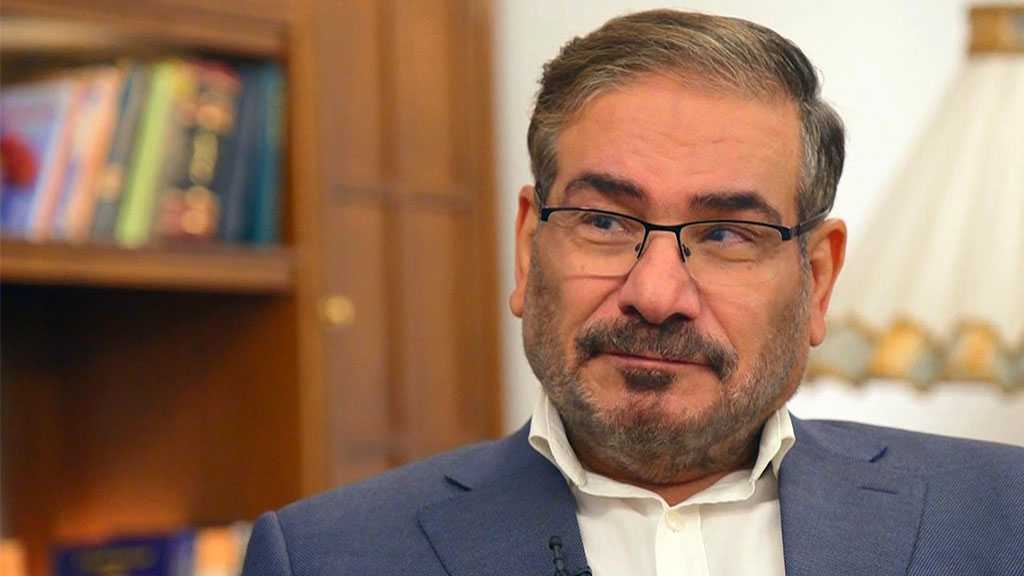 Secretary of Iran’s Supreme National Security Council [SNSC] Rear Admiral Ali Shamkhani said the US has acted deceptively towards the issue of peace in Afghanistan, stressing that it has no plan for peace in the country.

Addressing the Delhi Regional Security Dialogue on Afghanistan on Wednesday, Shamkhani spoke about the previous summits hosted by Tehran.

A number of issues related to Afghanistan such as tackling the threat of terrorism, and helping to develop the country were discussed in the summits, he said, adding that all participants agreed that peace, security, and prosperity in Afghanistan are in the common interest of the regional countries.

Peace is the general will of all people in Afghanistan, Shamkhani also noted, adding, "But the United States acted deceptively towards the issue of peace in Afghanistan."

Twenty years ago, the United States occupied Afghanistan under the pretext of fighting against terrorism and establishing peace in this country, he said.

However, what Americans brought to Afghanistan was the growing terrorism, drug trafficking, migration, poverty, and massacre of a large number of innocent people in Afghanistan.

Eventually, the United States was forced to flee the country with a tragic defeat, he added.

Today, the Islamic Republic of Iran, regional countries, and Afghan parties are trying to move toward programs that are in the benefit of all oppressed people in Afghanistan

The United Nations also should focus on consulting and assisting Afghanistan in this field, Shamkhani stressed.

According to the Iranian official, the attempt of some countries to transfer takfiri terrorist groups into Afghanistan, poverty, and the humanitarian crisis, as well as the immigration crisis, are three major problems that today Afghanistan is facing.

In the end, Iran's Secretary of Supreme National Security Council stressed that everyone must make a concerted effort to establish an inclusive government in Afghanistan, to help solve the problems of the Afghan people, and to address the humanitarian crisis in this country.

In this regard, Iran is ready to provide all its facilities such as communication routes and port facilities, including Chabahar Port, to solve this problem.

Forming an inclusive national government with the participation of all ethnic groups is the way to save Afghanistan, he said, underscoring that Iran will also spare no effort for the benefit of the Afghan government and people.