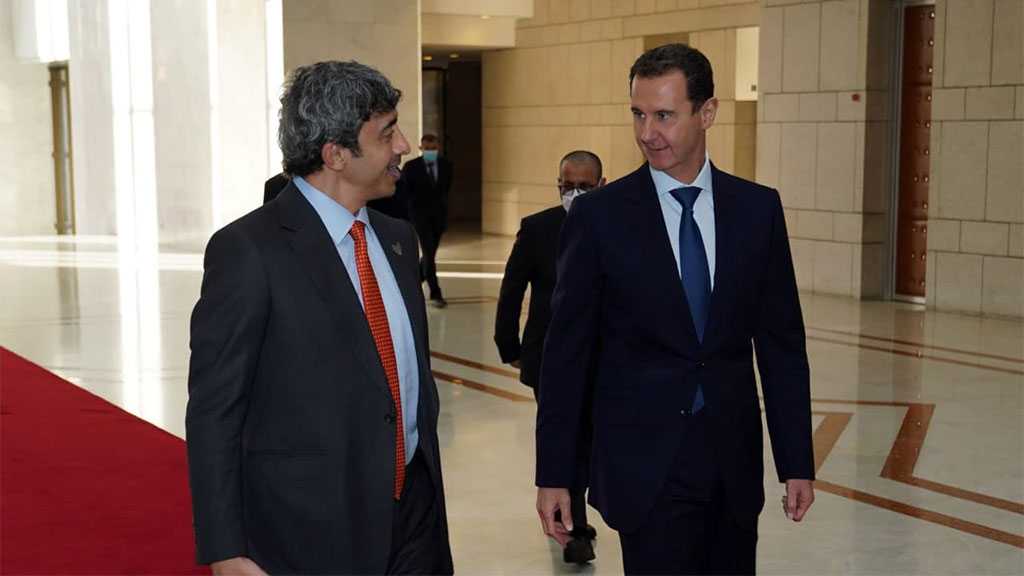 US State Department Spokesperson Ned Price addressed the meeting between the United Arab Emirates foreign minister and Syrian President Bashar Assad in Damascus on Tuesday, a sign of improving ties between Assad and a US-allied Arab state that once supported militants trying to overthrow him.

“We are concerned by reports of this meeting and the signal it sends,” said Price. “As we’ve said before, this administration will not express any support for efforts to normalize or to rehabilitate Bashar Assad,” he added.

The UAE foreign minister traveled to Damascus and met with al-Assad, over a decade after Abu Dhabi cut ties with the fellow Arab country in the wake of a foreign-sponsored crisis there and began supporting the militant groups operating against the Syrian government.