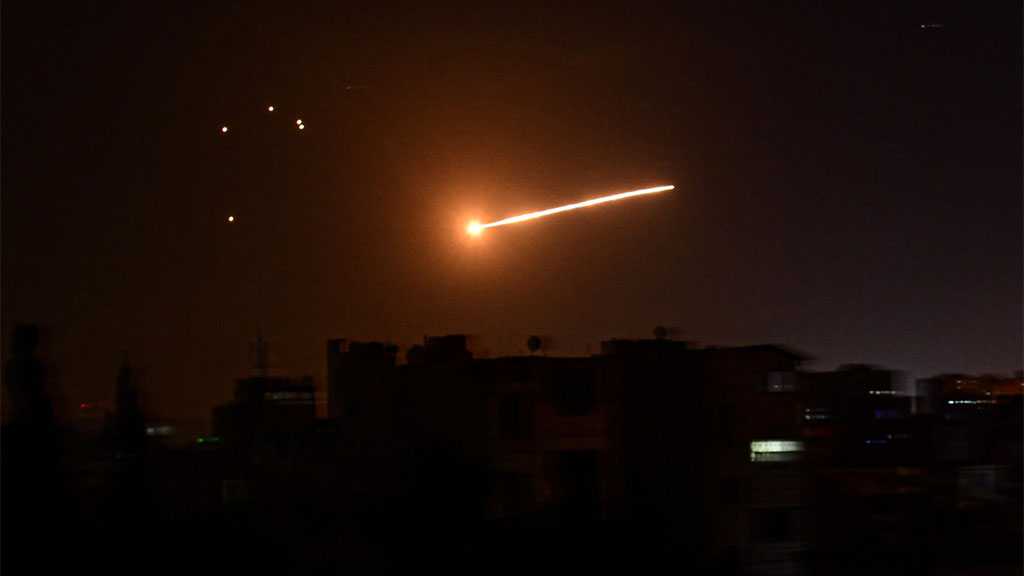 Syria’s air defenses repelled yet another Zionist missile attack that hit targets in the country’s central and coastal regions, the second of this type in less than a week and the fourth in the past month.

State-run SANA news agency reported on Monday that the air defenses had intercepted “hostile targets” over the countryside around the city of Homs after confirming that explosions were heard in Homs and the coastal city of Tartus.

Later on, the Syrian military confirmed the attack, noting in a statement that the airstrike was conducted by ‘Israeli’ aircraft from north of the Lebanese capital of Beirut.

The Syrian military said most of incoming ‘Israeli’ missiles were shot down, adding that two Syrian soldiers were injured and there was some material damage.

In the same respect, the Lebanese media reported that the ‘Israeli’ aircraft had been spotted over Lebanon shortly before the strikes took place and that the Syrian air defense system was activated to repel the aerial attacks.

The latest airstrike comes less than a week after the Zionist occupation military launched a similar attack with a number of missiles targeting a site in the town of Zakia on the outskirts of the capital Damascus. Citing an unknown military source, the Syrian state TV reported early on Wednesday that the attack resulted in “material damage.” The same area had been targeted by Zionist missiles in a rare daytime aggression in less than a week earlier.

The Tel Aviv occupation regime frequently targets military positions inside Syria. However, the ‘Israeli’ entity mostly keeps quiet about its attacks on Syrian territories, which many view as knee-jerk reaction to the Syrian government’s increasing success in confronting terrorism.

The Zionist regime has been a main supporter of terrorist groups that have opposed the government of President Bashar al-Assad over the past ten years.