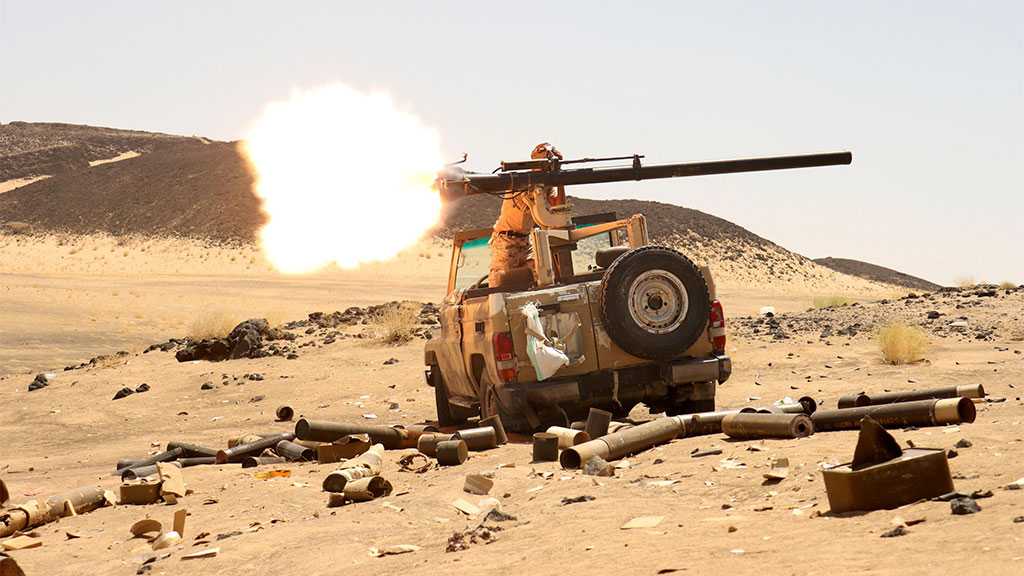 The Yemeni army and allied fighters from popular committees achieved a “key military breakthrough” in Marib, infiltrating “the last defense lines” of Saudi-backed militants in the northern part of the province.

According to the report, the Yemeni forces penetrated the last defensive lines of militants loyal to former president Abd Rabbuh Mansur Hadi in the vast desert front, approaching the border between the provinces of Marib and Hadhramaut.

The sources said the operation, which was launched from al-Khanjar camp in al-Jawf, resulted in the recapture of vast areas in al-Rowaik, which lies 15 kilometers away from the border between Marib and Hadhramaut, east of the oil region of Safer.

The sources stressed that the Yemeni forces “achieved a significant military breakthrough that would enable them to cut the last supply lines” of the pro-Hadi militants who are present in northern Marib City.

Marib has turned into a focus of the Yemeni army’s liberation operations since last year.

The province’s recapture, towards which many advancements have been made so far, is expected to pave the way for further military victories for Yemen’s forces.

Saudi Arabia on Saturday intensified its airstrikes on the strategic province of Marib in a bid to undermine the Yemeni troops’ achievements.

Last month, Yemen’s Defense Minister Mohammad al-Atefi said the capture of Marib City is “a matter of time.” He also stated that the Saudi-led aggression on Yemen has already been defeated and that the aggressors have no choice but to admit defeat.

Saudi Arabia, backed by the US and regional allies, launched the war on Yemen in March 2015, with the goal of bringing the government of former president Abd Rabbuh Mansur Hadi back to power and crushing the Ansarullah movement.

The Saudi war has left hundreds of thousands of Yemenis dead, and displaced millions more. It has also destroyed Yemen’s infrastructure and spread famine and infectious diseases.

In the meantime, Yemeni armed forces and the popular committees have grown steadily in strength against the Saudi-led invaders and left Riyadh and its allies bogged down in the country.