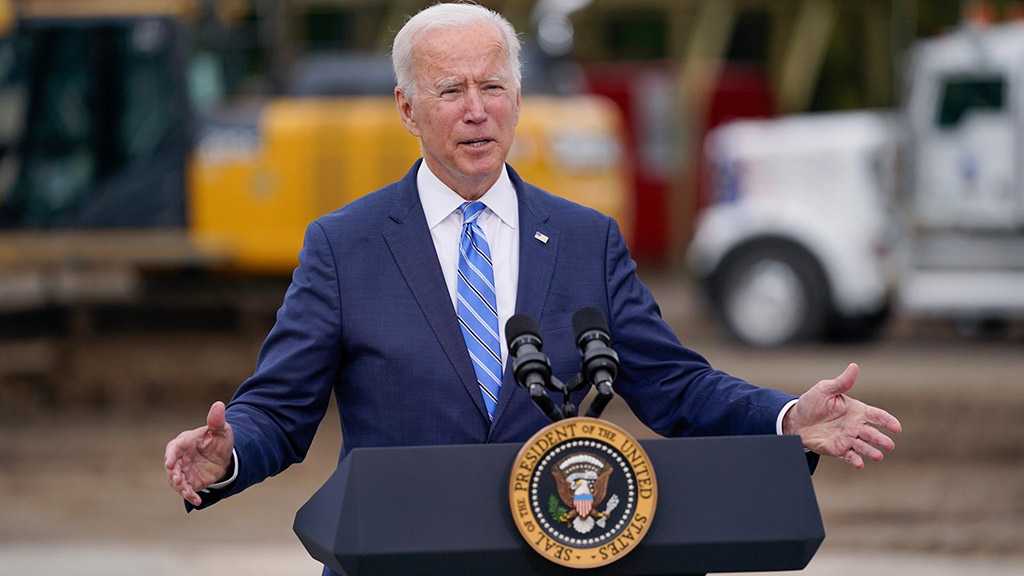 US President Joe Biden’s approval rating has sunk to a new low of 38%, according to a poll released on Sunday.

The poll, which was conducted by USA Today and Suffolk University, comes as the House finally passed the $1.2 trillion infrastructure package, sending it to Biden’s desk for final approval on Friday night.

The new poll, however, indicates the size of the hole Democrats need to dig out a year before the 2022 midterm elections which will determine control of Congress and shape the second two years of Biden's term.

“Nearly half of those surveyed, 46%, say Biden has done a worse job as president than they expected, including 16% of those who voted for him. Independents, by 7-1 [44%-6%], say he's done worse, not better, than they expected,” according to the poll.

“Nearly two-thirds of Americans, 64%, say they don't want Biden to run for a second term in 2024. That includes 28% of Democrats. Opposition to Trump running for another term in 2024 stands at 58%, including 24% of Republicans.”

Meanwhile, Vice President Kamala Harris' approval rating stands at 28%, which is even worse than that of Biden, the poll shows, indicating 51% disapprove of the job she is doing. One in 5, 21%, are undecided.

Although Americans overwhelmingly support the infrastructure bill Biden is about to sign, they remain split on the more expensive and further-reaching "Build Back Better" act being debated in Congress, with just 1 in 4 believing the bill's provisions would help them and their families.

The latest poll of 1,000 registered voters was taken by landline and cellphone between Wednesday and Friday of last week. The margin of error is 3.1 percentage points.

Biden's approval rating has been on the decline in recent weeks, hovering in the low 40s in polls, since the delta variant reversed progress on the coronavirus pandemic and he withdrew American troops from Afghanistan drawing bipartisan rebuke.

According to a Harvard CAPS-Harris Poll survey carried out at the end of October, Biden’s approval rating had slipped to 43 percent, down 5 points from the survey done in September.