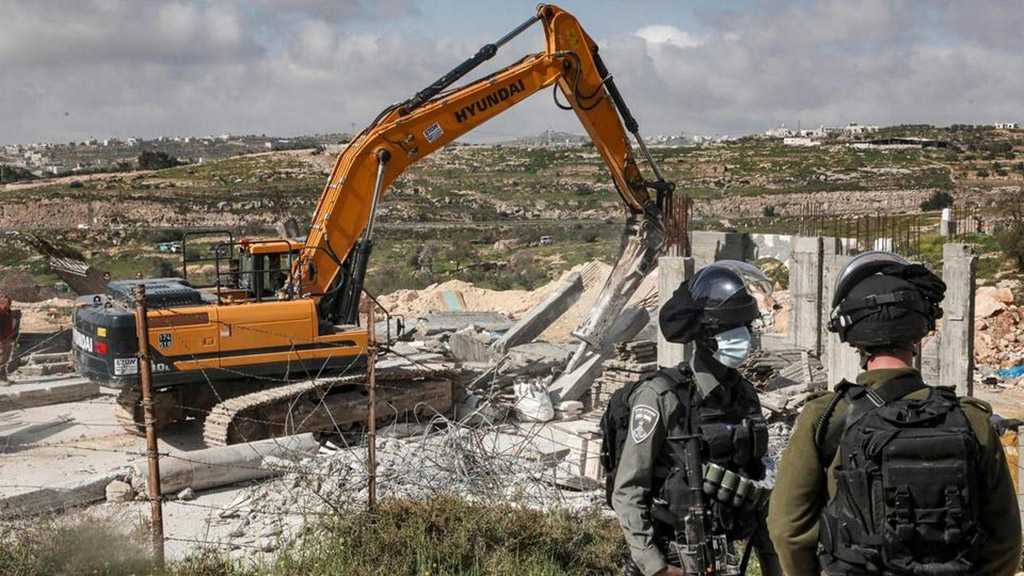 The so-called “Israeli” High Court of Justice is expected to decide over the next month whether an area in the occupied West Bank – where Palestinian Bedouin communities have resided long before the “Israeli” occupation – will continue to be used for military purposes.

Masafer Yatta, located south of the city of Al-Khalil, spans some 36km [22 miles] and is comprised of 19 Palestinian hamlets that are home to more than 2,000 people.

The “Israeli” army designated part of the area a closed military zone for training in the 1980s, and “they have sought to remove the communities on this basis,” according to the United Nations.

Masafer Yatta is classified as being at risk of forcible transfer, in what the UN describes as coercive environment conditions” created through “a range of policies and practices that have undermined their physical security and sources of livelihood”.

Residents are forced to evacuate their homes during military exercises for temporary periods that could last days, while helicopters roam above the heads of the communities and heavily armed “Israeli” troops are present on the ground.

In addition to using the area as a training zone, “Israeli” authorities have expropriated thousands of dunams of land from residents to establish illegal “Israeli” settlements, including Ma’on and Havat Ma’on, and whose settlers carry out attacks against the Palestinian communities. A dunam, an “Israeli” term for a unit of land area measurement of land, is equivalent to 1,000 square meters.

The area is also not connected to water and electricity grids, which supply the surrounding “Israeli” settlements and outposts.

According to human rights groups, settler attacks on Palestinians have spiked across the occupied West Bank this year.

A report released at the beginning of November by the UN Office for the Coordination of Humanitarian Affairs [OCHA], covering the period to the end of September, stated that 287 Palestinians were attacked by settlers this year so far, with 102 of those attacks resulting in casualties.

Last year, 274 Palestinians were attacked, resulting in 84 casualties, while 259 attacks were reported in 2019 with 76 people sustaining casualties.

Not only are Palestinians under increasing attacks, but also their infrastructure and property have been demolished by the “Israeli” army.

OCHA reported in a humanitarian report that between October 5 and 18 alone, “Israeli” authorities demolished or seized 23 Palestinian-owned structures.