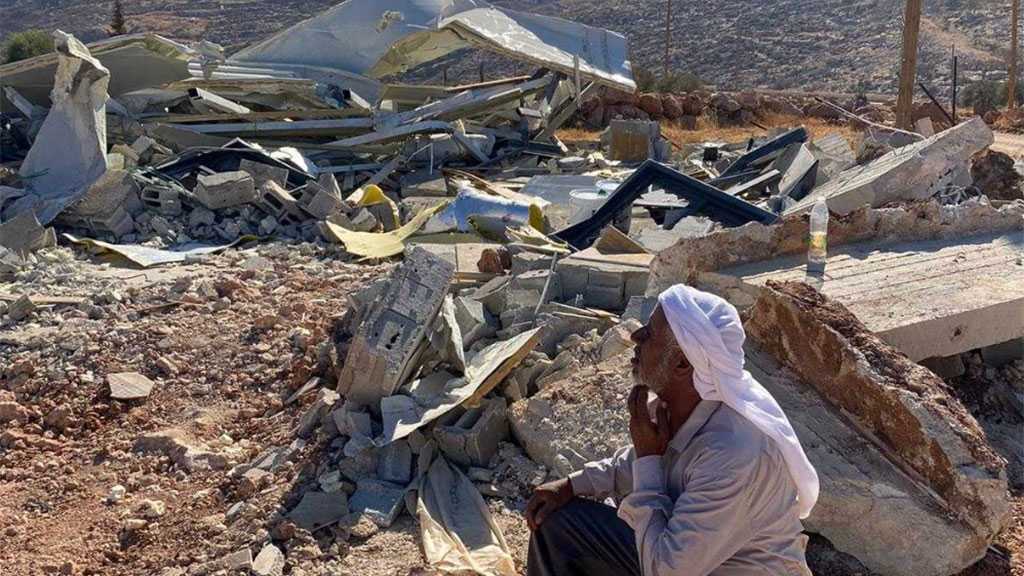 The Palestinian Ministry of Endowment and Religious Affairs has condemned the Zionist regime over demolition of a mosque in the northern part of the occupied West Bank, describing the move as a “clear attack on the holy sites and religious places for Muslims.”

“This act is a clear challenge to the feelings of Muslims, and it requires us to take a serious stand to prevent its recurrence and the expansion of this occupation that spares no opportunity to push the entire region into a religious war, in its continuous encroachment on our Islamic sanctities,” he said in a statement.

Abu al-Rub called on the international community and religious institutions to prevent further “violations of our sanctities and places of worship.”

According to Ghassan Daghlas, a Palestinian official who monitors ‘Israeli’ settlement activities and settler aggression in the West Bank, the Zionist forces on Thursday morning escorted a bulldozer into the town of Douma and razed the mosque to the ground.

Daghlas added that the mosque was built two years ago on a Palestinian-owned piece of land.

He noted that Zionist occupation forces also destroyed farm roads in the southern part of the town.

Suleiman Dawabsheh, head of the local council in Douma, said the demolished mosque spread over 60 square meters, and residents of the town frequently visited the mosque for prayers.

The official said the Zionist occupation military razed the mosque on the grounds that it was built on the so-called Area C without a permit.

The so-called area of the West Bank constitutes about 61 percent of the territory. It is currently home to 300,000 Palestinians, the vast majority of whom are Bedouins and herding communities who predominantly live in tents and caravans and caves.

According to the United Nations Office for the Coordination of Humanitarian Affairs [OCHA], ‘Israeli’ occupation forces demolished at least 698 Palestinian-owned structures and displaced 949 Palestinians in Area C of the West Bank and East al-Quds since the beginning of this year.

Separately, the ‘Israeli’ occupations forces stormed the Dome of the Rock at the Muslims’ holy al-Aqsa Mosque compound on Thursday in order to prevent maintenance work.