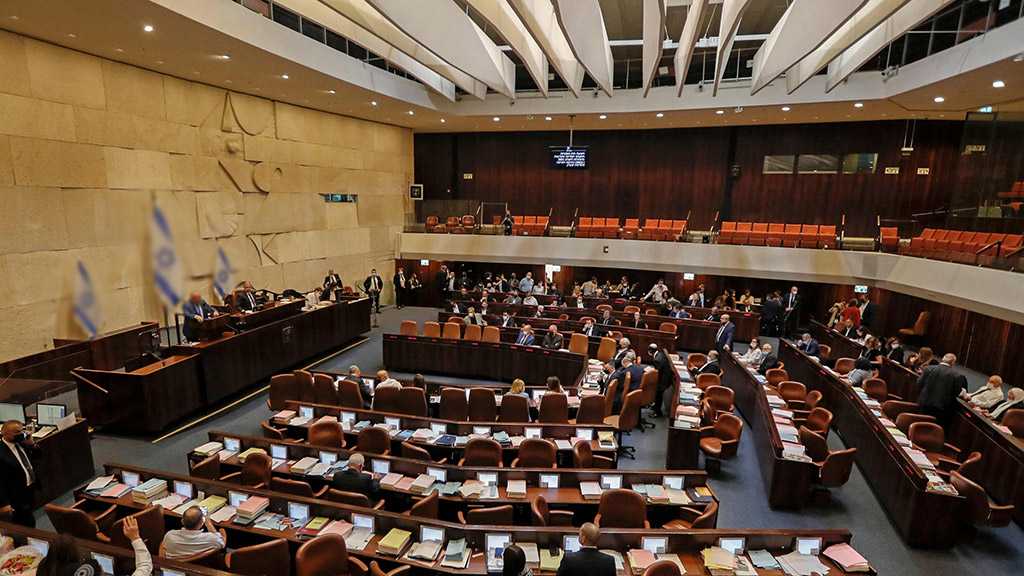 When the vote was announced, coalition MKs applauded and embraced each other in joy. Following the vote, the MKs went to sleep for a few hours and will resume voting later Thursday on the Economic Arrangements Law and then, the 2022 budget.

“Israeli” Prime Minister Naftali Bennett praised the budget's passage, writing on Twitter that he was proud that the entity finally had a budget.

The budget needed to pass into law by November 14 to prevent the Knesset from being automatically dispersed, which would have initiated elections in February.

According to the coalition agreement, now that a budget has been passed, if elections are initiated for the remainder of the term, the caretaker prime minister will be Foreign Minister Yair Lapid and not Bennett.

There were no mistakes made by the coalition in a marathon voting session overnight on budget clauses and amendments submitted by the opposition.

Mocking his own mistaken vote with the coalition, Netanyahu wrote on Twitter: "It happens that people get confused when they vote. Ask everyone who voted for Bennett."

Netanyahu met with individual coalition members in an effort to persuade them to vote against the budget and bring the government down. He apparently did not succeed.

Yamina MK Abir Kara told Army Radio on Thursday that officials from the Likud Party and other opposition factions had approached him and offered almost everything except for a rotation. "It is not tempting. We managed to do the inconceivable with six mandates."

Not only did all 61 coalition members remain united on Wednesday night, but the Joint List announced that it would not vote for the proposed amendments of the Likud and other right-wing parties in the opposition, which will make it easier for the coalition to defeat them.