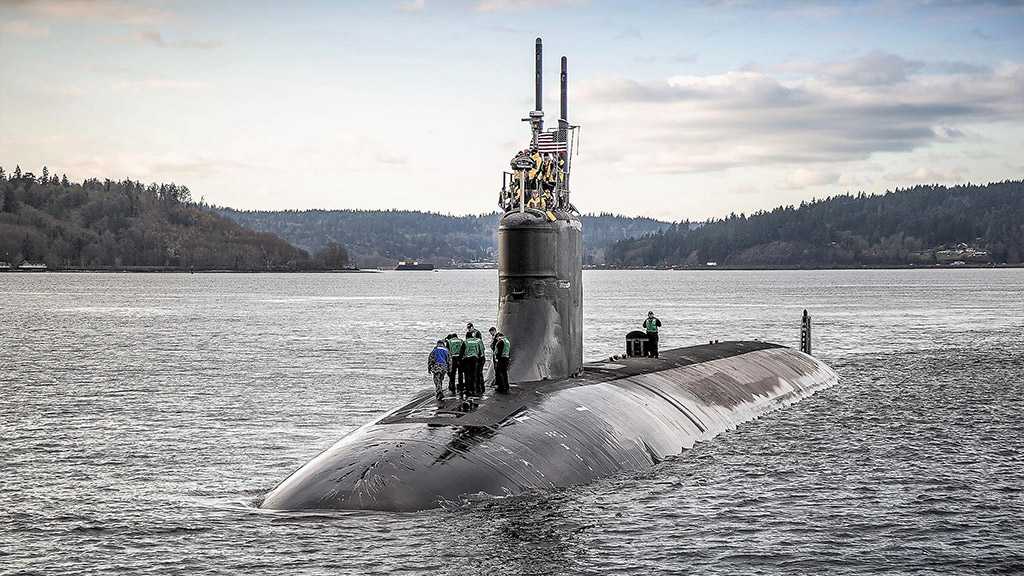 China has accused the United States of a "lack of transparency and responsibility" regarding a US nuclear-powered submarine's collision with an unknown object in the South China Sea last month, urging Washington once again to provide the full details of the incident.

Chinese Foreign Ministry spokesman Wang Wenbin made the remark at a daily briefing on Tuesday, a day after the US's 7th Fleet said in a statement that an investigation had determined the attack submarine USS Connecticut had struck a seamount, or underwater mountain, without providing any further details.

Wang said the US had so far failed to offer "a clear explanation" about what the submarine was doing in the area, adding that Washington had also been "deliberately vague" about the specific location of the accident.

"The US has not provided any clarification on concerns including the intention of the nuclear submarine's navigation, nor has it said whether the incident happened within a country's exclusive economic zone or even territorial waters, and whether the incident resulted in a nuclear leak or damaged the marine environment," he said.

Wang repeated China's call for a "detailed account of the incident," which has revived a dispute between the two countries over the strategic waterway, and slammed the US for a "lack of transparency and responsibility" in following up on the incident.

The Chinese diplomat also renewed calls for the US to "stop deploying military vessels to the South China Sea," predicting "not less, but more" of the same incidents in the future.

On October 2, the submarine USS Connecticut collided with an unknown object while operating in the South China Sea, but it was not reported by the navy until five days later.

The accident happened amid rising tensions between the US and China over Beijing's most recent show of air power near Chinese Taipei.

According to a United States Naval Institute [USNI] News report on Monday, the USS Connecticut was forced to surface and sailed to Guam, where it remains. It was unclear how long the ship would remain out of operation.

China claims the South China Sea in its entirety. Vietnam, the Philippines, Malaysia, and Brunei have overlapping claims to parts of the sea. The US and its allies side with Beijing's rival claimants in the maritime disputes in the South China Sea, while China has always warned the US against military activities in the waters.

Beijing says potential close military encounters between the air and naval forces of the two countries in the region may cause accidents.